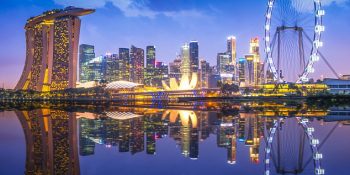 It is 2022 and the UK has finally left the EU. Mike Ashley has woken up and has to pinch himself. All those dreaded extra protections for workers established since 1997 have been ditched. Hurrah. He can now pay his Sport’s Direct staff £1 an hour and the law requiring employers to offer their staff paid time off is a thing of the past. It may seem like fiction, but if some Brexiteers get their way this might be exactly where we’re heading.

The suggestion has been made that the UK could become the next Singapore. A closer examination of that small state’s labour market and economy suggests this is not an economic model we should be aspiring towards.

One of the allures of Singapore for many expatriates is not just the climate but the plethora of low-skilled domestic workers. Employ someone from the Philippines or Indonesia to do pretty much any domestic chore in Singapore and it will not break the bank. 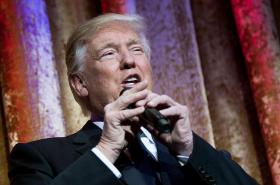 The first thing Trump will do could change America entirely

Figures from 2015 indicate that 220,000 women work in Singapore households doing cooking, cleaning and caring for children, and elderly and disabled people. Foreign domestic workers are, however, exempted from most labour laws – which means there are no rules to provide minimum rest days. Many have been subject to violence or verbal abuse.

Recent legislation has improved things slightly, but it only requires employers to pay a minimum of £315 per month to domestic workers. In most other sectors there is still no minimum wage.

Maybe this is the kind of model Priti Patel was thinking of when she said last year: “If we could just halve the burdens of the EU social and employment legislation we could deliver a £4.3bn boost to our economy and 60,000 new jobs.” It is more than a little ironic that Brexiteers in Britain want us to become the next Singapore at the same time as the Prime Minister is campaigning against modern slavery.

In Singapore there is no such a thing as unemployment benefit. According to the country’s “Manpower Minister”, 9 in 10 Singapore employees get “retrenchement benefits” – a nice way of describing redundancy packages – from their employer. That still leaves 10 per cent of people being made redundant without getting a single penny to tie them over between jobs. Some Conservative MPs on the right of the party have already been trying to call for the young unemployed to have their benefits turned into loans (as if those with student loans were not already sufficiently indebted), so they have clearly been thinking along the same lines.

How much power will Donald Trump really have?

This week the Chancellor spelled out that, should the UK not get the type of trade deal it wants, the Government is prepared to “change its economic model”. By this he appears to mean a beggar–my-neighbour low corporation tax policy which only leads to lower amounts of corporation tax being collected. As we scrabble around to get as much foreign money invested as possible, the UK is likely to become even more of a haven for tax dodgers. What better a place to launder your ill-gotten gains than in a low tax environment?

Just as Singapore and other low tax countries such as Switzerland have discovered, the more wealthy overseas people you have owning assets in your country, the greater the risk that your banks are laundering dirty money. Last year, two Swiss banks had to be shut down in Singapore due to money laundering.

As Transparency International has pointed out, since 2004 more than £180m worth of property in UK has been brought under criminal investigation as the suspected proceeds of corruption. If we lower our tax rates even further in a post Brexit world, do we really think this trend will decline?

Before we heed the call of Brexiteers to follow the yellow brick road to Singapore, we should think hard about what it really means and who really benefits in this new utopia.