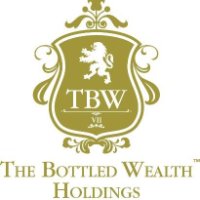 Six angry investors yesterday turned up at the office of a wine investment firm to demand their money back, before calling the police.

Each of them had allegedly paid The Bottled Wealth Holdings between $10,000 and $60,000 for hundreds of bottles of red wine. Some of them claimed the firm had said it will auction off the wine, and give a return of at least 15 per cent within three years.

But all six investors, some of whom had previously lodged police reports, said they had not received a cent. Five of them invested between 2008 and 2009, while the other did so in 2011.

After airing their problems on online forums, they decided to confront the firm’s management at its One Raffles Quay premises yesterday and demand a refund.

One of the six, a Mr Tan, who is in his 30s and works in sales, said they were met by a man who claimed to be the firm’s regional general manager.

“He told us he had no authority and no money to pay us, and asked us to set up an appointment with his chief executive who was in Jakarta and could not be reached,” Mr Tan added.

When the group threatened to go to the media, the firm’s staff asked them to leave and threatened to lock them in the office if they did not do so, Mr Tan added. The group then called the police, who took their statements.

Another man, who gave his name as Mr Leong, a 35-year-old customer service officer, told The Straits Times that even though there were no returns on their initial investment, clients were asked repeatedly to buy more bottles to pad up their portfolio.

And 61-year-old retiree C.A. Chan said: “I was told that buying more bottles of wine with running years would make the lot more attractive to auctioneers.”

Attempts to reach The Bottled Wealth Holdings were unsuccessful, and the office was locked when The Straits Times visited last night.

The firm was previously known as the Australian Wine Index, the investors said. It was bought over by The Bottled Wealth Holdings last year.

Mr Seah Seng Choon, executive director of the Consumers Association of Singapore, said investments with the firm fall under a “collective investment scheme which is unregulated” and advised those affected to seek legal help.

Read More on Your Voice Asia about this scams click here.