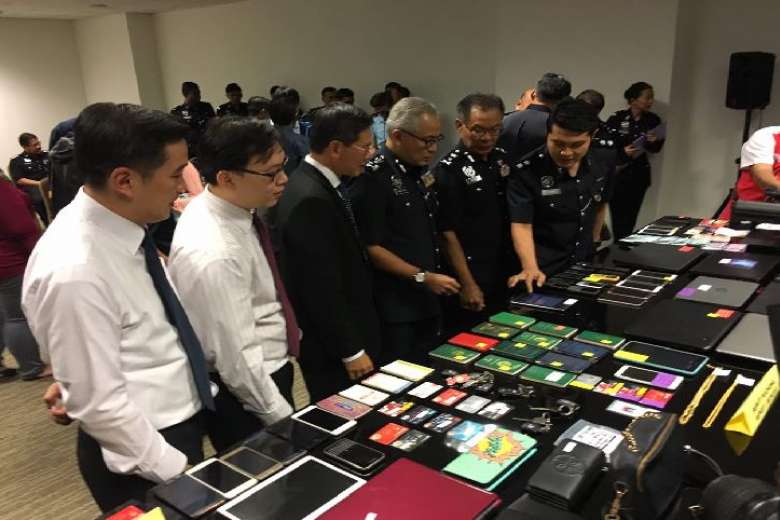 Among those arrested were 13 Nigerian nationals believed to have had a hand in 108 such love scams reported by victims in both Singapore and Malaysia.

The victims’ total losses were estimated at around RM21.6 million (S$6.9 million), said SPF in a news release on Monday (Feb 13).

Telecommunications devices, computers and ATM cards were also seized during the operation.

It added that during the course of joint investigations, the CAD provided “timely information” to the CCID, which allowed its investigators to establish the suspects’ identities.

While arrest operations were ongoing in Malaysia, the CAD coordinated investigations against six female suspects in Singapore who transferred criminal proceeds to Malaysia-based suspects.

CAD director David Chew said: “The success of this joint investigation is a testament to the close ties between CAD and CCID. Online scams are increasingly complex and transnational in nature.

“To the criminals who think that they could hide behind the cloak of anonymity provided by the Internet to perpetrate fraud, we want to send a deterrent message that crime does not pay.”