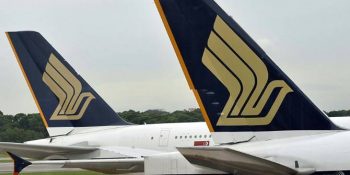 SINGAPORE: Singapore Airlines (SIA) is reviewing the serving of nuts on board its flights after a toddler suffering from anaphylaxis – an allergy towards peanuts – had a reaction on board a Melbourne-bound flight.

According to Australian media, the young boy’s family had requested a nut-free meal for the flight. The meal was served to him, but his eyes began to swell and he started vomiting after passengers opened packets of peanuts which had been served to them as a snack.

In response to queries from Channel NewsAsia, a spokesperson for SIA on Wednesday (Jul 19) confirmed that the incident occurred on board flight SQ217 from Singapore to Melbourne last Wednesday.

“As soon as our crew were made aware of the situation they immediately removed all packets of peanuts from the area around the affected passenger and his family. Our crew suspended the service of peanuts in the Economy class cabin for the remainder of the flight,” SIA said. “Following the incident, we are reviewing the serving of nuts on board our flights.”

It added that at present, customers with nut allergies can request a nut-free meal when making their booking, or at least 48 hours before their flight.

Responding to a comment on Facebook, the airline said even if it does not serve peanuts as a snack, it is “not able to guarantee a nut free cabin”. “We do not have any control over passengers consuming their own snacks or meals on board, which may contain nuts or their derivatives. We do seek our passengers’ understanding in this matter,” the airline said.

On its website, Singapore Airlines explained that a nut-free meal does not contain peanuts and tree nuts – including almonds, Brazil nuts, cashew nuts, hazelnuts, pistachios, walnuts, pecans and macadamias, and their derivatives. It also requested that passengers with a nut allergy take “every necessary precaution, bearing in mind the risk of exposure”.

Some major airlines have stopped serving peanuts on board its flights. According to its website, British Airways’ inflight meals do not contain peanuts, but said peanuts may be used as a snack in its airline lounges. Qantas has removed it as a bar snack on its flights and minimises the use of peanuts and peanut based products in its menus, its website said.