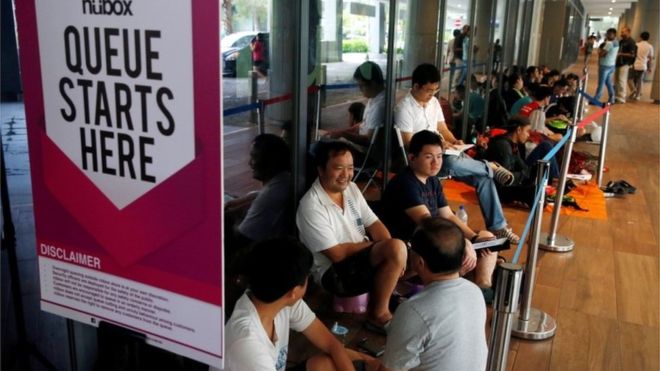 But two Singaporeans allegedly thought they had found a new way of queue jumping, and saving some money, by buying plane tickets so they could pick up the iPhone 7 at Changi Airport.

They were arrested on 16 September for breaking airport laws.

Police said they had “no intention” of leaving Singapore so should not have been in the departure hall.

The two have been charged under the Protected Areas and Protected Places Act. They face a fine of up to 1,000 Singapore dollars ($735; £565) and a jail term of up to two years if convicted.

Police have warned others not to misuse their boarding passes for shopping trips.

There is no official Apple store in Singapore, so customers have to buy devices through resellers or online.

The first batch of iPhone 7s sold out in the city-state within days of launch earlier this month, with customers who had pre-ordered complaining about delays.