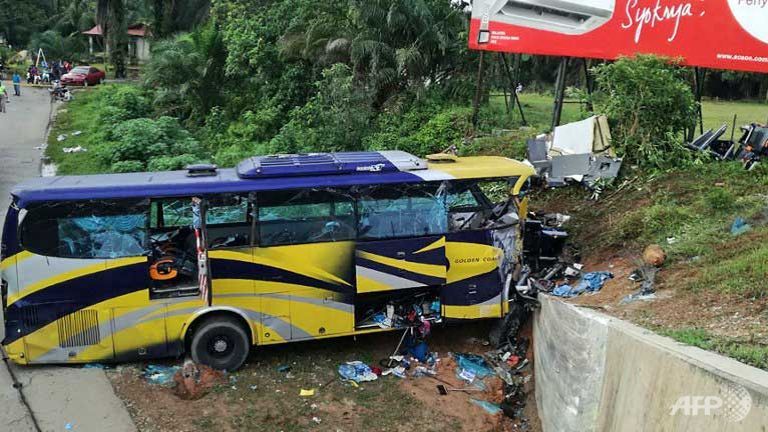 KUALA LUMPUR: In the wake of a horrific bus crash in Muar that left 14 dead, Transport Minister Liow Tiong Lai has stated that safety and security of passengers is of “paramount importance” to Malaysia.

In a press statement on Thursday (Dec 29), Liow said a new audit of buses will be carried out in the first quarter of 2017. “The Logistic and Land Transport Division, MOT is given the mandate to carry out comprehensive audit of entire chain of public service of vehicle design, construction, approval and inspection procedure. The audit shall include record keeping of relevant agencies,” he said.

He also outlined several safety precautions taken after a Genting Highlands bus crash in 2013 that killed 37 people, making it Malaysia’s worst bus accident in history. Following recommendations by an independent advisory panel, the Ministry of Transport mandated that all new-model buses manufactured from January 2015 be installed with a speed limiter device, in line with United Nations regulations.

Mr Liow noted that the Christmas eve bus crash in Muar involved a bus manufactured and registered in 2013 and as such, it was not fitted with a speed limiter device. Those killed include three Singaporeans and 16 other people were injured.

Mr Liow added that his ministry is in the process of establishing a Malaysian Transport Safety Board to “execute independent and transparent investigations” for major safety incidents as well as to research possible safety improvements for all modes of transport.