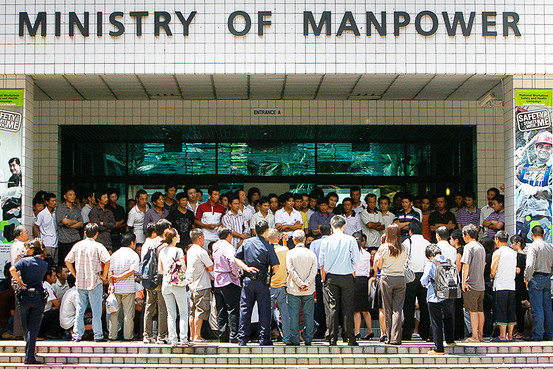 In line with shorter employment tenures, the eligibility service period for retrenchment benefits was shortened from three years to two years and this took effect on Apr 1, 2015.

Even so, the report said that around 90 per cent of companies continued to pay retrenchment benefits to eligible employees.

The proportion of establishments which paid retrenchment benefits to eligible employees remained high in 2015 (91 per cent).

For smaller companies with more than nine but fewer than 25 employees, the proportion of these firms which paid retrenchment benefits was as high as those with 25-199 employees, the report added.

In addition, the report noted that most companies continued to pay one month of salary per year of service, although more were giving out lump sum payments.

Also, the proportion of establishments which paid retrenchment benefits in lump sum (typically 1 to 2 months of salary) increased in 2015, to 17 per cent, up from 7 per cent in 2012.

From Jan 1, 2017, it will be mandatory for employers to notify MOM of retrenchment exercises within 5 working days.

This will enable Workforce Singapore (WSG) and tripartite partners to better assist retrenched workers in finding alternative employment and relevant training, according to MOM.