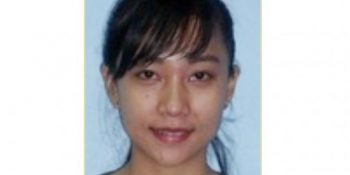 An Indonesian maid stole a Chopard ladies’ watch worth $35,000, a Celine snakeskin handbag that cost $7,500 and a pink Hermes crocodile skin wallet worth $10,000 from her businesswoman employer – and thought she got away with it.

Then, 11 months later, she posted pictures of herself flaunting the stolen items on Instagram while she was working for another employer in Singapore.

But her previous employer, Madam Lisa Lee, learnt of this from her sister and informed the police.

Siti Nur Sopiyati, 32, was arrested, and yesterday sentenced to 12 months in jail after admitting to the theft. Apart from the watch, the handbag and the wallet, she also stole a black T-shirt worth $150 and a gold ring with diamonds worth $1,800 from the Nassim Hill apartment of Madam Lee, 32, some time in January last year.

The prosecution officer, Assistant Superintendent Kevin Lee Ming Woei, said that Siti, who worked for Madam Lee from 2013 to March last year, was cleaning the master bedroom when she stole the five items from the businesswoman’s cupboard. Together, they were worth $54,450.

She hid them inside her bedroom before asking another Indonesian woman to help her send them back to her home country.

When Madam Lee discovered that some of her valuables were missing in March last year, her husband called the police. He suspected that either Siti or another Indonesian maid who was also working in the household had stolen the jewellery.

But nothing incriminating was found on either of them, and Madam Lee did not wish to pursue the matter further, so both maids were sent back to their agent and eventually returned to Indonesia.

In May last year, Siti returned to work for another household. She brought along the items she had stolen from Madam Lee because she wanted to use them, said ASP Lee.

Some time in November that year, she posted pictures of herself wearing the stolen items on her Instagram page. Madam Lee’s sister spotted the pictures. All the stolen items have since been recovered.

Siti’s sentence was backdated to July 25. She could have been jailed for up to seven years and fined for theft as a servant.

A version of this article appeared in the print edition of The Straits Times on August 08, 2017, with the headline ‘Maid who stole $54k in items gets 12 months in jail’. Print Edition | Subscribe
Post Views: 869
Link to this post!