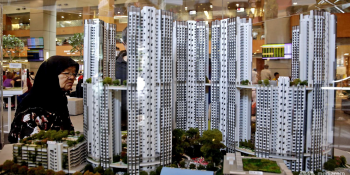 SINGAPORE: The Housing and Development Board’s (HDB) first Re-Offer of Balance Flats (ROF) exercise has been oversubscribed by about four times, with more than 5,500 applications received for the 1,394 flats on offer as of 5pm on Monday (Aug 7).

Of the total number of applicants so far, 2,647 are applying for an HDB flat for the first time, while another 2,175 are second-timers. The remaining applicants include singles as well as elderly residents who have applied at least twice before.

The ROF exercise pools all flats that remain unsold after a Sale of Balance Flats (SBF) exercise, to help those with more urgent housing needs or who are less particular about location and attributes to have quicker access to a flat.

“The ROF is more flexible especially for families that have urgent housing needs but are not particular about location and flat type,” real estate agency OrangeTee’s head of research and consultancy Wong Xian Yang said.

“For example if I’m looking for a flat – maybe my first choice is in Punggol, but I don’t mind Sengkang – because the ROF pools together unsold flats from several estates, there’s a higher chance you’ll be able to find something.”

“It’s also for families looking to move in soon, if they’re not willing to wait two-and-a-half to four years for a BTO flat,” he added.

According to HDB, ROF applicants will know the ballot results from about a week after the application period closes.

The ROF method of balloting may also have its upsides, according to SLP International’s head of research and consultancy, Nicholas Mak.

“The ROF exercise does solve some of the inherent problems that were experienced in the SBF flats system,” Mr Mak said. “This time round, the type of flats that the buyers would be offered does depend on the luck of the draw – after all they would be based on the outcome of a ballot.”

About 71 per cent of flats offered under the ROF exercise are already completed.

The ROF flats are part of the 5,291 flats put up for sale by HDB last Tuesday. They include 3,897 flats under the Build-To-Order (BTO) exercise, which range from two-room Flexi to five-room flats. They are spread across three projects in the non-mature towns of Bukit Batok and Sengkang.

First-timer families get higher priority, HDB said previously, with at least 95 per cent of the flat supply set aside for them.

This is also party due to the location of the flats launched.

“The difference between May and August’s exercises is that in August, all the units launched were in non-mature estates as compared to May, when they were in Bidadari and Geylang,” said Mr Wong.

He added: “Singaporean households tend to favour homes in mature estates, because there’s more amenities in the area, so it tends to be more convenient. That could be one reason for the slight drop in subscription rates.”

The limited choices in August’s BTO exercise may have also contributed to a lower subscription rate, said Mr Mak.

“There are only projects in two towns that are being offered. And I think the other reason is that there (are) a lot more choices in the new ROF system, and that may have drawn away some of the interest,” he said. “For some of the buyers, they are also able to turn to the resale market or are attracted to the HDB resale market because prices have softened and have stabilised.”

The public housing market may also be reaching a “level of equilibrium”, according to Mr Mak.

“The Government is still keeping up a steady supply of new HDB flats especially for the first-timers, hence we see this gradual decline in the application rate for the BTO flats,” Mr Mak said.

“In fact in this round of exercise, the application rate for first-timers is less than two. Some of them are just at 1.0 to 1.1 times, meaning that almost every applicant among the first-timers will have a chance to apply and even get the flat they apply for,” he added.

Applications for new flats launched in this month’s exercise can be submitted via the HDB InfoWeb portal till midnight on Tuesday.

According to HDB, ROF exercises will be held twice yearly for a start in February and August, alongside BTO exercises.