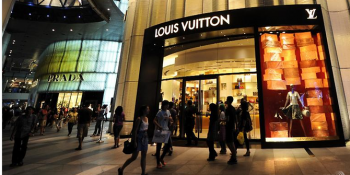 SINGAPORE: Consumer prices in Singapore stayed the same in March, after three consecutive months of trending upwards, according to figures from the Department of Statistics on Monday (Apr 24).

The consumer price index (CPI) – a key measure of headline inflation – was at 0.7 per cent in March, unchanged from the preceding month.

The Monetary Authority of Singapore (MAS) and the Ministry of Trade and Industry (MTI) said the drivers of inflation were largely similar to February, with private road transport easing slightly from 7.1 per cent to 6.9 per cent. This was after the faster pace of increase in car and motorcycle prices was offset by the smaller pickup in petrol prices, they said in the press release.

Services inflation edged up from February’s 1.5 per cent to 1.6 per cent in March, while food inflation remain unchanged at 1.3 per cent. Inflation for accommodation cost fell 4 per cent, the same rate of decline as the previous month, amid continued softness in the housing rental market, they added.

Meanwhile, MAS Core Inflation came in at 1.2 per cent in March, the same as in the previous month, as price changes in the core components of the CPI basket were broadly stable, according to the press release.

Looking ahead, MAS and MTI said external inflationary pressures have picked up amid a turnaround in the global commodity market. Global oil prices have also risen from their trough last year and are likely to average higher in 2017 – but capped by elevated inventories and rising US crude oil production.

Domestic sources of inflation remain relatively muted, they added, with conditions in the labour market slackening, which is expected to dampen underlying wage pressures even as commercial and retail rents ease.

“The subdued economic environment will also limit the extent to which businesses pass on higher import and administrative costs to consumers,” they said.

“The projected pickup in inflation can be attributed to the positive contribution of energy-related components and the impact of administrative price increases, rather than generalised demand-induced price pressures,” MAS and MTI said.
Read more at http://www.channelnewsasia.com/news/singapore/singapore-s-consumer-prices-remain-unchanged-in-march-8786984