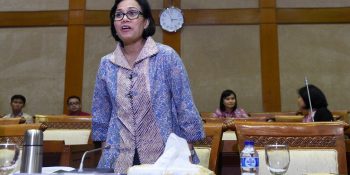 The government is to hunt down tax money from Indonesians who park their money in Singapore, following an offer from Singapore to allow Indonesia to access the financial data of Indonesians in the neighboring country.

Singapore and Indonesia are soon to sign a Bilateral Competent Authority Agreement (BCAA) to implement the Automatic Exchange of Information (AEoI) between the two countries.

Finance Minister Sri Mulyani Indrawati received the offer from Singapore on the sidelines of the G20 Summit in Germany last week.

“This is a positive. I will follow up so that we can benefit [from the agreement],” said Sri Mulyani as reported in Setkab.go.id on Monday.

Sri Mulyani estimated that Indonesian wealth parked overseas amounted to about Rp 1 quadrillion (US$74.68 billion), 60 percent of which was in Singapore.

Meanwhile, the Finance Ministry’s tax compliance expert Suryo Utomo said that of the Rp 835.7 trillion parked in Singapore that was declared during the tax amnesty, only Rp 84.52 trillion had been repatriated.

Taxation Directorate General spokesman Hestu Yoga Saksama said that Sri Mulyani and Director General of Taxation Ken Dwijugiasteadi would visit Singapore sometime this month to follow up on the agreement initiated by Singapore.

Indonesia and Singapore has an open exchange of information, said Hestu. He added that Indonesia should also seek a BCAA with Hong Kong, as well as stipulate confidentiality and data safeguards. (bbn)