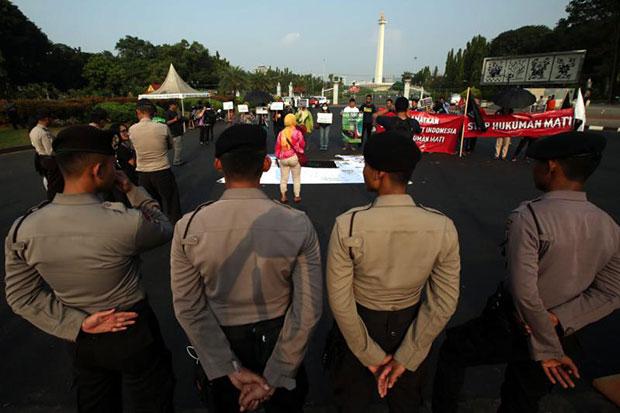 JAKARTA -Indonesia has beefed up security at Nusa Kambangan prison island and closed it to visitors in a sign authorities are preparing to execute people convicted of drug crimes.

The head of prisons in Central Java province said Tuesday that about 1,000 police have been sent to Cilacap, the town nearest the maximum security island, and that preparations on the island are complete.

Indonesian officials have said 16 people will be executed this year, including citizens of Nigeria, Zimbabwe and Pakistan, though they have not confirmed any more details.

Syed Zahid Raza, charge d’affaires at the Pakistani embassy in Jakarta, said the embassy had been informed about the imminent execution of the Pakistani, Zulfikar Ali, convicted of smuggling drugs.

“We were invited to meet with officials from the attorney general’s office today who told us the executions will take place on Friday,” Raza said.

A spokesman for the attorney general’s office declined to comment on any time frame.

Pakistan on Monday urged Indonesia to stay Ali’s execution, citing concern that his 2005 trial had been unfair.

Ali will make a last-ditch attempt to escape the death penalty by appealing directly to Indonesian President Joko Widodo for clemency, Raza said.

Indonesia says it is facing a “drugs emergency” and has vowed no mercy for traffickers. Its executions by firing squad have caused outrage overseas though surveys show Indonesians are largely in favour of capital punishment.

Last year, Australia recalled its envoy to Jakarta, and Brazil said it was shocked and was evaluating ties after their citizens were executed.

But President Widodo has disregarded diplomatic pressure and vowed to ramp up a war on drugs in what is among Southeast Asia’s biggest markets for narcotics.

Authorities have not given a breakdown of the numbers of foreigners on death row but citizens of France, Britain and the Philippines are known to be among them.

The government hasn’t announced a date for its next executions, but there are indications the death sentences will be carried out within days.

Two death row prisoners have been moved to the island since the weekend.