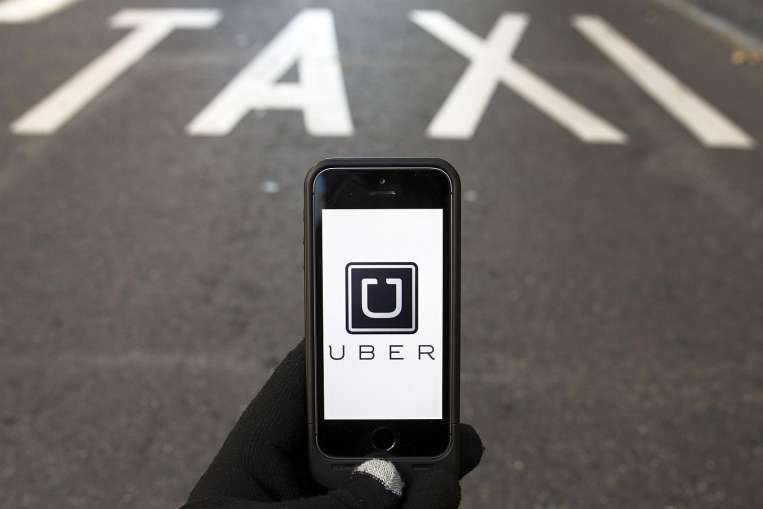 SINGAPORE (BLOOMBERG) – When Mr Billy Loh started in 2008 as a property agent, his profession was seen as a route to wealth in Singapore. Now, he has to know his way around the city to pay the bills.

Mr Loh, 50, is driving for Uber Technologies when government curbs to cool the market have mired property prices in the longest losing streak in 17 years and transaction volumes have plunged by as much as two-thirds since 2012. After going half a year without doing any deals, he switched to driving and is earning on average S$3,000 a month, one-tenth of the up to S$30,000 commission he could get from a single home sale during the market’s heyday.

“The market is slow because of the cooling measures,” said Mr Loh, as he drove a Toyota Corolla he has been renting since October, when he started driving for Uber. “We have no choice, we have to come up with means to make ends meet.”

While property agents across the globe often juggle alternate jobs in what is a notoriously cyclical business, things look especially dire in Singapore, where home prices fell by the most among the world’s major markets last year. After seven years of government intervention to cool prices in Asia’s second-most expensive housing market, a plunge in sales volumes is hurting real estate agents even more than price declines.

With further declines expected this year, Singapore’s industry group for property agents is offering courses and helping agents get trained in other jobs, such as property management, to help them supplement their income.

Adding skills would enable agents to “at least earn a fixed income rather than only rely on commissions in this market”, said Mr Jeff Foo, president of the Institute of Estate Agents in Singapore. “This has been one of the toughest times for property agents.”

Home prices in Singapore declined 4.3 per cent in the 12 months ended Sept 30, more than in Hong Kong, China, Japan, and Australia, according to the Knight Frank Global House Price Index, which tracks 55 global residential markets. During the past year, Singapore developers have managed to sell only about 7,000 new homes, according to SLP International Property Consultants. Sales matched 2014 levels, although they have plunged by half since 2013 and by about 68 per cent since 2012.

Singapore also has a relatively large number of property agents compared with the volume of deals. There are over 30,000 registered real estate agents in the island-state, 10 times the number of monthly property transactions, according to the Institute of Estate Agents. In comparison, there are only 1,840 agents in Australia’s New South Wales state that handle an average of 8,160 monthly transactions in Sydney, according to CoreLogic Inc.

Mr Terence Tham, 35, had never seen such a bad year as 2015 in the nine he has worked as a property agent. In November, he decided that he could make better use of his Honda Civic and potentially increase his client network. So he signed up to become a driver for Uber.

When Mr Tham is not showing apartments, he is ferrying commuters around. To every passenger he hands out a card promoting his other job.

“This has been one of the worst years for me in the property broking business,” he said. Services such as Uber, which began operating in Singapore in 2013, and GrabCar are attracting a growing number of property agents amid the deteriorating market outlook. The number of rental cars

, a proxy for vehicles being used for private car services such as Uber, increased 51 per cent in the 12 months to November to 27,988, according to statistics from the Land Transport Authority.

The number of driver partners has grown “exponentially” in less than three years Uber has been operating in Singapore, with a growing number being real estate agents, according to Uber’s general manager for South-east Asia Chan Park.

Primary occupations that are commonly seen among GrabCar drivers are property agents, entrepreneurs and people in the sales line, according to Mr Lim Kell Jay, regional head of GrabCar.

Mr Tham says he drives his own car, from 6am until midnight. Net of costs such as petrol, maintenance and accidents, he pockets between S$3,000 and S$4,000 a month.

“This is the best trade

for a property agent, you see?” Mr Han said. “You can have free time if you have an appointment, so the best is to work as an Uber or a taxi driver.”