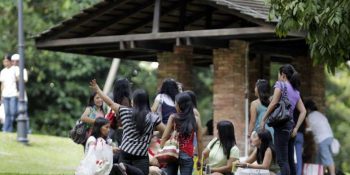 SINGAPORE – Employers will have to provide better insurance coverage for their foreign domestic workers, under new rules that kick in on Oct 1.

They will need to buy personal accident insurance policies with coverage of at least $60,000, up from the current $40,000.

Minister of State for Manpower Sam Tan announced this on Sunday (May 7) along with other enhancements to personal accident insurance requirements for maids, during a May Day celebration organised for them by the labour movement.

As a result of the increase in coverage of $20,000, annual insurance premiums are expected to go up by between $7 and $15.

Under the new rules, the coverage across insurers will also be standardised to ensure that all maids receive the same protection throughout their employment in Singapore.

Different insurers currently provide different coverage for personal accident insurance, with some spelling out a narrower definition of accidents and imposing more exclusions.

This means some foreign workers receive compensation for certain accidents, while others do not – even though the circumstances and injuries are the same.

From Oct 1, the Ministry of Manpower (MOM) will stipulate that personal accident insurance for maids must cover any sudden, unforeseen and unexpected incident that results in permanent disability or death.

The insurer also cannot impose any exclusion clauses, other than those specified by the MOM, said Mr Tan.

Another change to the rules will clarify the period of insurance cover for maids: this must be from the date she arrives in Singapore till the date she returns to her country at the end of her employment contact.

If she changes employers, the existing insurance coverage should be till the day the new work permit is issued, ensuring seamless transition, said Mr Tan.

Lastly, to speed up the compensation process, maids and their legal representatives will be able to file claims with insurers, instead of relying on their employers to do so on their behalf.

If they are unable to do so, an MOM-appointed representative will also be able to act on their behalf.

Announcing these changes, Mr Tan noted that the Government had last reviewed personal accident protection for maids in 2008.

He said the Centre for Domestic Employees (CDE) – set up by the National Trades Union Congress in 2016 – has been asking the Government to do another review as the salaries of domestic helpers, as well as the cost of living in their home countries, have increased since then.

“Therefore, the current level of protection… is no longer sufficient in the event that an accident happens and the foreign domestic worker is no longer able to provide for her family,” said Mr Tan, noting that some employers have also asked if more can be done to protect the families of domestic workers who are injured in accidents.

He added that the changes will help employers better protect their maids at a slight increase in premiums, and give maids greater peace of mind.

He also thanked domestic workers for their dedication and support, which he said has allowed Singaporean families to better manage responsibilities at home.

“We trust that these changes will further facilitate a harmonious working relationship between employers and their foreign domestic workers,” he said.

CDE chairman Yeo Guat Kwang said the centre was happy to note that MOM had heeded its calls to raise minimum coverage, noting how the starting salaries of maids here have increased from an average of $300 in 2012 to about $550 in 2016.

The centre, he added, also urges the Government to consider raising the $15,000 medical insurance coverage, which has remained unchanged since 2009.

There are more than 230,000 foreign maids working in Singapore

The Government has progressively ramped up rules to better protect maids.

The new rules take effect on Oct 1, and employers will need to purchase personal accident insurance policies with the new requirements when they apply or renew work permits from that date.

Further details on the changes will be sent to employers and employment agencies, and more information will be available on the MOM website.