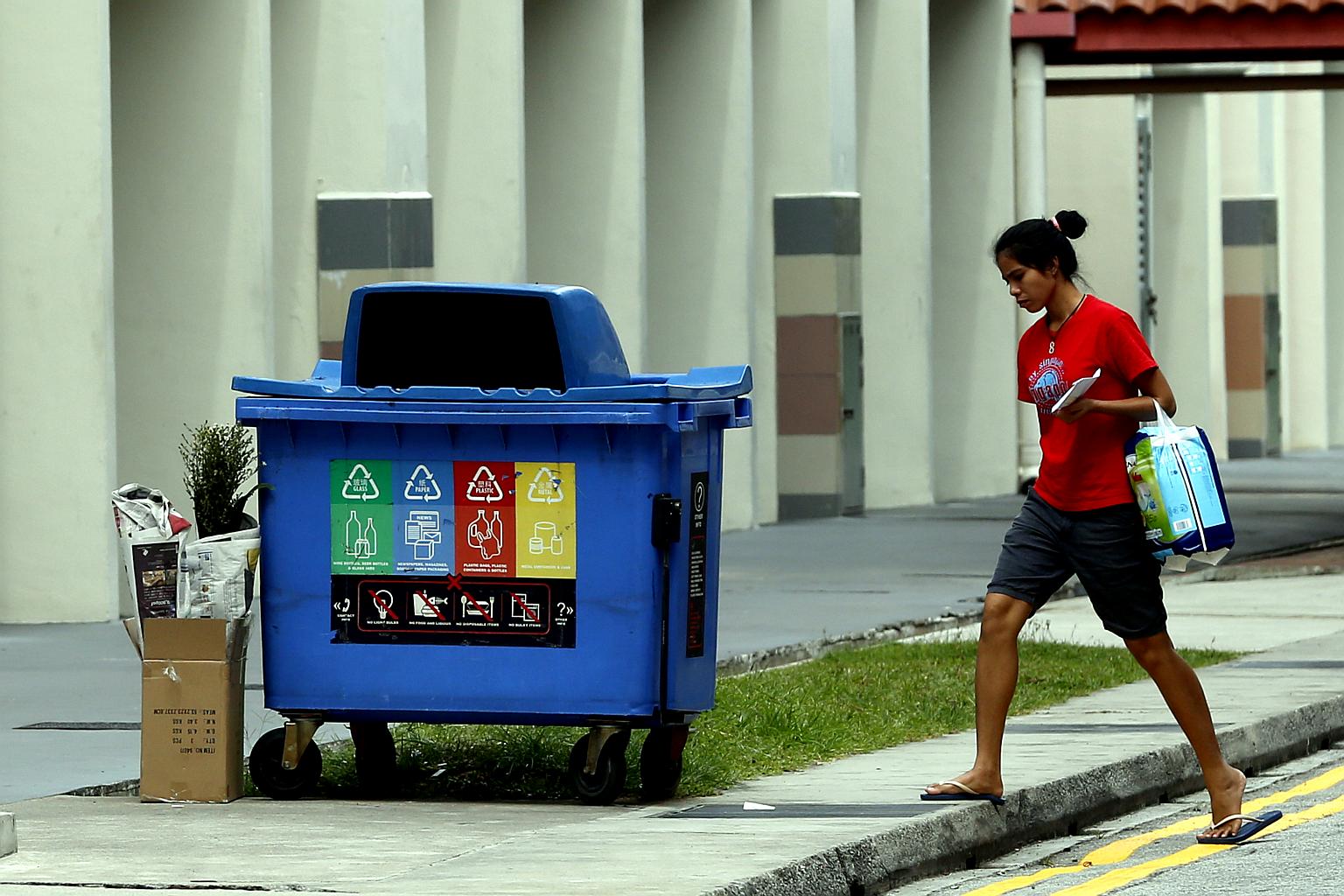 Reader Jason Oon wrote to askST to commend the National Environment Agency (NEA) on its efforts at encouraging recycling and the introduction of recycling bins at HDB estates.

He noted that people are also increasingly sensitised to how they can contribute by separating their rubbish for recycling bins.

He added: ” I’m interested in knowing if NEA monitors recycling outputs from residential areas and if what people are putting into the recycling bins are indeed recycled or end up being treated as garbage because they are contaminated.”

As pointed out by the reader, the Government has implemented a slew of measures to encourage people living here to go green. Unfortunately, Singapore residents are still recycling less.

This was despite a raft of government initiatives to make it more convenient for people to recycle. For instance, since September 2014, every Housing Board block has a blue recycling bin, in which people put paper, plastics and other recyclables, placed close by.

Before the initiative began in 2011, one bin was shared by five blocks. In January 2014, the Housing Board also said it would install recycling chutes in all new HDB blocks with throw points on each floor.

Recyclables collected in the big blue bins are picked up by a dedicated recycling truck and sent to a materials recovery facility, where they are sorted into different waste streams, such as plastic, paper, metal and glass, bundled, and sent to local and overseas recycling plants.

Although there have been cases where public waste collection companies were found to have mixed items meant for recycling with rubbish for incineration during refuse collection, the NEA requires recyclables and waste to be collected separately and in separate trucks.

After further refinement, the pulp is fed into a machine to be made into sheets of paper.

For recycled glass, they are first sorted based on their colour at the facility, then cleaned and crushed into cullets, which are melted to form new products. A list of local recycling companies which process different sorts of waste can be found at www.nea.gov.sg.

The NEA said the dip in domestic recycling rate in 2014 was largely due to a 30 per cent increase in food waste output over the period.

If food waste is placed with other recyclables, it would contaminate the lot, which the public waste collector then has to toss out. This puts the brakes on Singapore’s green push.

A good habit to practise at home is to separate food waste from other recyclables instead of dumping them together.

In Seattle in the United States, residents who fail to separate food waste from trash can be fined US$1 (S$1.34) for each violation, and up to US$50 for business or apartment complexes.

Last year, the overall recycling rate here was 61 per cent.

Will it be necessary to implement a fine system here, considering Singapore wants to have an overall recycling rate of 70 per cent by 2030? You decide.