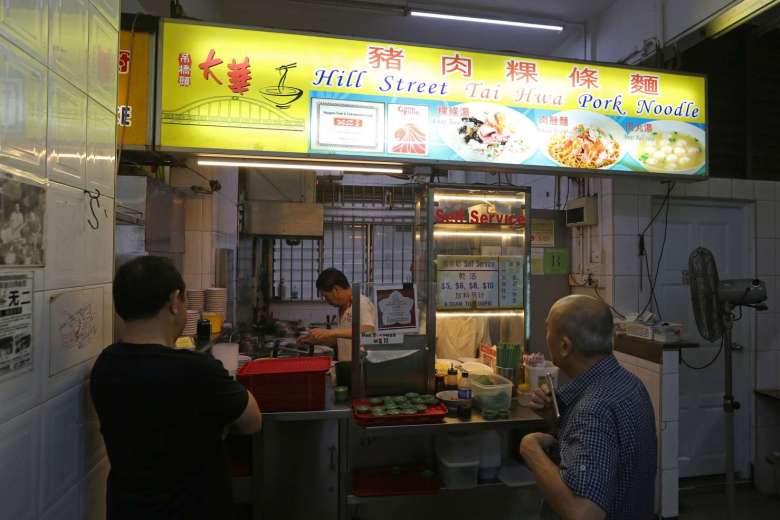 Singapore – Two hawker stalls have been awarded the one-star rating by Michelin, in the first Singapore Michelin Guide.

The Kitchen at Bacchanalia, HongKong Street

The Song Of India, Scotts Road

Chef Manjunath Murali, 45, of Song Of India, said: “It’s one of our proudest moments to be the only Indian restaurant in the list and perhaps to be the only one with a star in South-east Asia. Next year, we’re going to try to maybe get  another star but as always, we want to focus on quality and consistency.”

Osia’s chef Douglas Tay, 36, was equally thrilled by the award and expressed similar sentiments: “We really didn’t expect this but we’re very happy and excited. This is definitely something that will be lift our spirits and encourage us to work even harder. For next year we’ll aim for star number two but in the meanwhile, the key for us is always going to be consistency.”

For Jaan’s head chef Kirk Westaway, 31, the star is a reward for his dedication to his profession: “I am overwhelmed, this is one of the proudest achievement in my life and getting a Michelin star means recognition to the sacrifices that I have made to be in the kitchen, I am ready to aim for two stars.”

The starred restaurants were announced at an award ceremony and gala dinner on July 21 to mark the launch of the inaugural Singapore edition of the Michelin Guide.

Mr Michael Ellis, international director of the Michelin guides, said: “The Asia, United States and Europe inspectors have had hundreds of meals to choose for our guide. Our inspectors were thrilled that Singapore’s food scene was one of the most dynamic in the world. It is truly a gastronomic capital.”

The event was sold out in a week, after tickets were released in June this year.

The Michelin Guide Singapore is put out by French tyre company Michelin in collaboration with publishing company, Robert Parker Wine Advocate and the Singapore Tourism Board.

The restaurants are assessed by Michelin inspectors, who dined independently and anonymously. Judging criteria include quality of the food, mastery of flavour and cooking techniques, and value for money.

For more stories on Michelin Guide Singapore, go to str.sg/4wqA