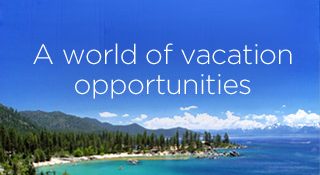 Information supplied by Itra.net, ITRA Online  and Itra Singapore these companies are helping claimants globally to collect compensation for timeshare companys that have scammed them.

Please Read
The November 30th Fairness Hearing in Trenton, NJ lasted approximately 2 1/2 hours. The Attorney for RCI, David Sager, spoke first and explained recent changes it had offered in the Settlement Agreement and reiterated why it was a good arrangement for the Class Members. The Attorney for the Plaintiff, Janelle Welling, supported Mr. Sager. Several objectors spoke and voiced their concerns about the settlement. It seemed that the Judge may have already made up his mind because he allowed only 5 minutes for each Attorney and 2 minutes for the non-attorneys to present their arguments. He then deliberated for 15 minutes before announcing his decision to approve. He also approved fees for the Plaintiffs Attorneys in the amount of $1.7 million plus $75,000 in expenses.
The final settlement will improve the management of inventory and the timing of rentals, but it does serve to ratify RCI’s right to rent owner deposited weeks. The original Objectors, Susan Collins, Caroline Lindholm and Shep Altshuler had done some heavy lifting over the past four months and had succeeded in overturning the original Notice sent out by RCI as well as putting pressure on the Attorneys that resulted in some improvement in the settlement terms. The Settlement Agreement will be in force for three years and although many objectors felt that any programmatic changes should be permanent, the judge said that three years was sufficient time to give the Class Members a fair opportunity to see how the new terms worked. He said that if there were legitimate complaints, the Members could reopen their Complaint.
Unresolved issues: The Attorneys for both sides had filed papers arguing that Consumer Protection violations that were mentioned in the Complaint originally filed by the Plaintiffs Attorneys should be addressed by other Federal and state agencies and not by the Court. The judge was not concerned with misrepresentations by RCI Vacation Guides, the lack of disclosure about RCI’s aggressive low cost rental programs during sales presentations or the fact that the Second Notice was flawed as to quality and format and failed to mention the existence of the Points Class Action.
In addition to the Weeks and Points Class Action, there is another Class Action against RCI that is pending in the same court before the same judge. You are probably now first learning about that lawsuit. The Complaint states, “1. Resort Condominiums International, LLC (“RCI” or “the Defendant”), through its affiliate Lifestyle Holiday Vacation Club (“LHVC”), promises an easy-to-access resort experience to its members through its enormous network of hotels and condominiums located throughout the world. 2. In reality, LHVC, which is overseen and controlled by the Defendant, has lured thousands of individuals into purchasing timeshares by lying outright about the quality and, more, the nature of services provided. In so doing, the Defendant has defrauded Crete (the Plaintiff) and others (“the Class” or “Class Members”), fraudulently causing them each to spend often tens of thousands of dollars on timeshares worth little more than the paper their contracts are printed on. RCI, through its affiliate LHVC, provides services that are not only grossly deficient and substandard in almost every aspect, but are simply not what it promises. Plaintiff is forced to sue RCI to stop its theft and obtain some restitution for herself and Class Members.”
If there is, in fact, a pattern of misconduct by RCI as claimed in these lawsuits, we should not feel confident that this Court will resolve them.