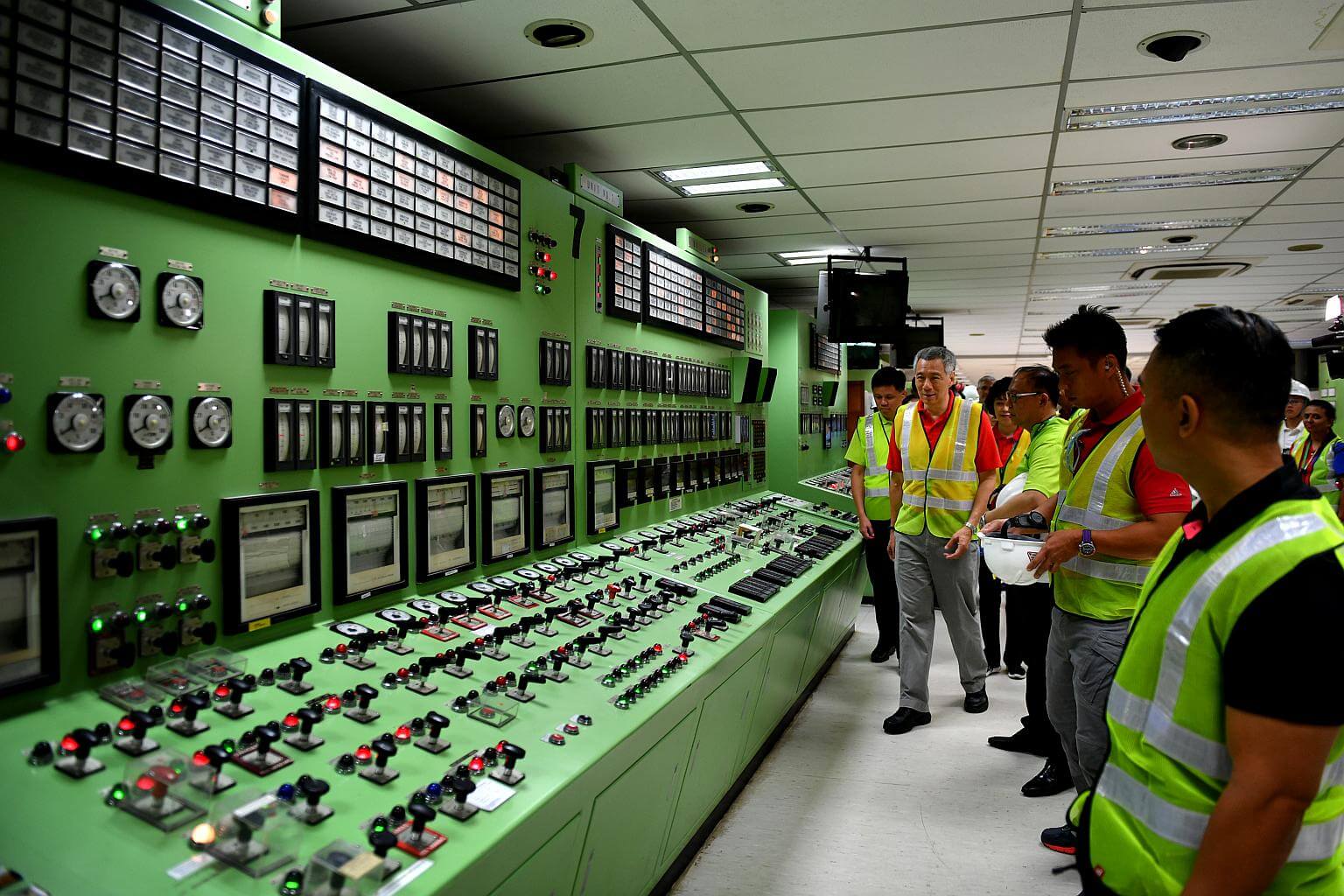 SINGAPORE – As the country celebrates Chinese New Year, Prime Minister Lee Hsien Loong hopes the pickup in economic numbers towards the end of 2016 will continue into this year.

The economy grew by 1.8 per cent last year, surpassing expectations on the back of a rebound in the manufacturing sector in the fourth quarter.

And while some workers may be concerned about the jobs outlook, Mr Lee told reporters on a visit to Singapore’s largest power plant that the Government watches not just retrenchment numbers, but also keeps an eye on whether people are getting re-employed and finding jobs, as well as whether overall employment numbers are going up. Retrenchments hit a seven-year high in 2016. But overall, the resident workforce grew by an estimated 10,700 people last year,up 0.5 per cent from the year before. They entered mainly service jobs, such as in community and social services, professional services, and transportation and storage.

“It’s not so bad, because people are finding jobs, and overall we have new jobs being created,” Mr Lee said.

“Not as many as before, but enough so that Singaporeans are fully employed and people who come out from polytechnic, or ITE, or university, find jobs quite quickly.”

Mr Lee noted that retrenchments happened because of ongoing economic restructuring. The power sector is an example of this, he said, noting how it has changed over the years. The former electricty and gas departments of the Public Utilities Board became Singapore Power in 1995, parts of which were then divested to become power generation companies, such as Senoko Energy.

The technology, too, has changed – from steam to fuel oil to natural gas, for instance.

“Each time more efficient, each time better for Singaporeans. And sometimes, there were job losses. Often there would be retraining and redeployment,” said Mr Lee.

“Each time, it means change and disruption for the workers. But by working closely together with UPAGE (Union of Power and Gas Employees), with successive generations of union leaders, we’ve been able to make the restructuring and advance on this journey.”

He has known generations of UPAGE leaders, from the late Nithiah Nandan to its current general secretary Abdul Samad Abdul Wahab.

“There’s a lot of mutual understanding and trust which has been built up which has enabled us to do this, and I think we have to do that across the economy,” said Mr Lee.

On Saturday, Mr Lee toured the power station, and mingled with 30 workers from Senoko Energy, comprising duty shift managers, team leaders, engineers and technical officers. He also handed out mandarin oranges and hongbao, and joined workers in tossing yu sheng to usher in the Year of the Rooster.

He noted that he had visited Senoko Power Station some years back, “so it was good to be back, to see them team working well, with new technology and in good spirits”.

“We’re relying on the team here, and in the other plants in Singapore to keep our power supply there, and stable. Nobody else has to think about it, but here they’re making sure it’s okay,” he said.

He also noted that the strategic environment in the region and globally has gradually shifted, and Singaporeans should be aware of these changes.

The Committee on the Future Economy will put out its report soon, and they have many constructive suggestions to help Singapore move forward. The Budget will also be announced on Feb 20, he added.

“We have a series of policies to help Singaporeans, while helping the Singapore economy to move forward,” he said.