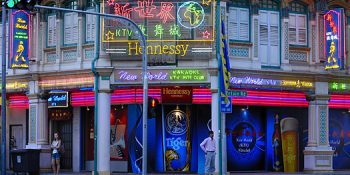 SINGAPORE: New Housing and Development Board (HDB) flats in the mature estates of Geylang and Bidadari continued to be in demand among house-hunters, with larger units being the most oversubscribed in the latest Build-To-Order (BTO) sales exercise of 2017.

As of 5pm on Wednesday (May 24), the most sought-after units were the four-room flats at Geylang’s Dakota Breeze, with 3,173 applicants vying for 671 units – 4.7 times oversubscribed. These flats are priced from S$489,000 onwards, excluding grants.

Five-room and multi-generational flats in Bidadari’s Woodleigh Hillside were also a favourite, with 1,753 applicants for the 374 units. These flats are priced from S$579,000 and S$622,000 onwards respectively, excluding grants.

Eugene Lim, key executive officer at ERA Realty said that since 95 per cent of the BTO flats in mature estates now have to be set aside for first-time buyers, many of them will apply for it as they have a higher chance of getting the flats despite the premium prices.

“Bidadari … because it’s touted as the next Bishan,” he said, adding that the estate is “near to town, (and) HDB’s testing a lot of new technologies, green initiatives, design factors”, while the Geylang project’s distance from the Dakota MRT station, the Old Airport Road food centre, and the Central Business District makes it popular.

DEMAND FOR PROJECTS IN NON-MATURE ESTATES NOT AS HIGH

Demand for the new flats in Bidadari and Geylang were much higher than the projects on offer in non-mature estates of Woodlands and Yishun.

As of 5pm, the most popular project in the non-mature estates for three-room and bigger flats were the three-room flats at Woodlands’s Marsling Grove and Woodlands Spring, with an application rate of 1.8.

As for Sale-of-Balance (SBF) launches, property analysts said that the units that will gather the most amount of interest will be the ones near mature estates, due to their locations. Those with a small number of units will also draw applicants who want to collect their keys soon, as it means the projects are already completed.

However, SLP International’s head of research and consultancy Nicholas Mak noted that applicants are “faced with a lot of choices” if they were to apply for a SBF unit, and so the subscription rates for flats in popular areas such as Queenstown may not be as high as expected.

“Since they can only apply (for) and choose one location, then those who may not be attracted to the Queenstown area, they may be trying other mature estates (such as) Toa Payoh and Ang Mo Kio,” Mr Mak said.

One thing that stood out in this BTO exercise for Mr Mak was that the overall subscription rates have fallen as compared to previous launches.

“This could actually indicate that demand for BTO projects are gradually being satisfied and so it’s slipping from the pent-up demand that we used to experience a couple of years ago,” said Mr Mak. “And another possible reason is that with the improvement in Government grants that are given to first-timers to buy resale flats, this has drawn away some of the demand for first-timers from the BTO exercise.”

There are about 8,700 HDB flats on sale in total in latest sales exercise, with about 4,800 BTO flats on sale and about another 3,900 on sale under the Sale of Balance Flats exercise.

According to HDB, another 3,850 flats in Bukit Batok and Sengkang will be launched in August.
Read more at http://www.channelnewsasia.com/news/singapore/may-2017-bto-exercise-flats-in-bidadari-and-geylang-see-highest-8879890