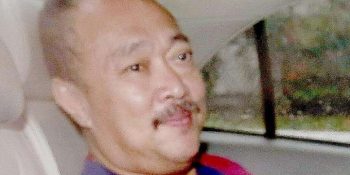 His ruse caused a loss of $1.3m for Marina Bay Sands casino

The mastermind behind Singapore’s largest counterfeit casino chip scam had breezed through Marina Bay Sands (MBS) with $1,000 chips that looked so real, the Casino Regulatory Authority said they were of the “best quality” that it had examined so far.

Toh Hock Thiam’s ruse was realised only a week later, when an eagle-eyed cashier noticed a slight discolouration in one of the 1,291 counterfeit chips. By then, MBS had suffered a loss of $1.291 million.

After a 14-day trial, District Judge Luke Tan convicted him last month of 13 counts of engaging in a conspiracy to exchange the counterfeit casino chips for cash at MBS. The court heard 161 similar charges involving the chips and one count of an immigration offence were taken into consideration during sentencing.

The counterfeit chips were exchanged for cash at the casino between the evening of Nov 22, 2015, and the early morning hours of Nov 23, 2015. Deputy Public Prosecutor Asoka Markandu said Toh was directly responsible for 420 counterfeit chips, but the court heard he could be indirectly held accountable for the total losses MBS sustained.

Court documents did not reveal where these chips were made. Upon further investigation, the casino confirmed that the chip did not have all the security features found in a genuine one. These features are not visible to the naked eye and can be detected only with special equipment kept inside the cashier’s cage at MBS. Court papers did not reveal what these features were.

Seow helped Toh to distribute the chips and collect the money, while Chia contributed by recruiting 16 runners. The runners and Seow were promised cash rewards for their effort. Chia, on the other hand, was promised a percentage of the total amount that was exchanged for cash by the runners he had recruited.

Shortly after all the runners carried out their unlawful tasks, Toh deposited cash totalling $335,400 into his bank account on Nov 23, 2015.

When he realised that police were looking for him eight days later, he withdrew all the money from the account and fled to Malaysia. None of the money has been recovered.

Toh was nabbed in Malaysia on Dec 31, 2015, with the help of the Malaysian police and the Macau Judiciary Police. He was handed over to the Singapore police the next day.

For taking part in the scam, Chia was jailed for five years, while Seow was jailed for a year. Toh could have been jailed for up to seven years and fined up to $150,000 for each count of engaging in the conspiracy to exchange counterfeit casino chips for cash.