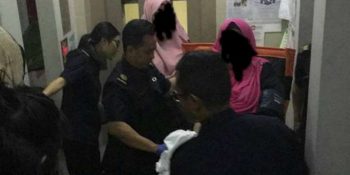 SINGAPORE – The Building and Construction Authority (BCA) has issued a notice to suspend a lift at Block 542 Jurong West Avenue 1 for further investigation after one person was injured when it dropped suddenly on Saturday night.

In a media statement on Sunday (July 2), a BCA spokesman said the Jurong-Clementi Town Council is required to appoint an independent Professional Engineer to investigate into the cause of the incident and submit a report with the recommended rectification works to BCA.

The spokesman added that the lift is only allowed to resume its operation after the investigations are completed and the necessary rectification works by the Town Council’s lift contractor are certified by the Professional Engineer, which must be done to the satisfaction of BCA.

One person was taken to Ng Teng Fong General Hospital on Saturday night, for injuries sustained when the lift she was in dropped suddenly.

The Singapore Civil Defence Force (SCDF) told The Straits Times that it responded to the incident at around 9.40pm and dispatched a red rhino, a fire bike and an ambulance to the scene.

A woman in her 30s was taken to hospital, they said.

She was in the lift with four others, and the occupants had managed to evacuate the lift by the time rescuers arrived.

Speaking to The Straits Times on Sunday, Mr Zulkiffle Saad, 48, who was in the lift at the time with his sister, brother-in-law, and 10-year-old daughter, told The Straits Times that he and his relatives were visiting his nephew’s house for Hari Raya when the incident occurred.

The lift had stopped on the fourth floor and one of his legs was already out of the door when they heard a sound like a cable snapping.

Everything happened in a matter of seconds afterwards.

He said: “My in-law saw the lift tilt and pulled me in – then the lift door closed and the lift plunged to the ground.”

Mr Saad said that the next thing he knew, the lift had hit the ground and his sister was crying and screaming on the floor of the lift saying that her leg was broken.

Looking out of the window of the lift, he saw that it had come to a stop about one-third of the way below ground level.

However, the ordeal was not over yet for the family, as they were afraid that the motor of the lift might fall on them. His sister was also in a lot of pain.

By this time, Mr Saad’s nephew, who had heard the noise and felt the vibrations of the impact from the fourth floor, had run to the ground floor and attempted to pry the door open, but failed to do so.

Mr Saad then forced the lift door open from the inside, and the family was able to evacuate the lift shortly before the SCDF arrived.

Speaking to The Straits Times over the phone from the hospital, Mr Saad said that his sister was currently warded in the Accident and Emergency department for a fractured leg, and that the family was arranging for her to be moved to Khoo Teck Phuat Hospital as she required an operation for a torn ligament as well.

Mr Saad and his brother-in-law both suffered from back pain following the incident, while his daughter suffered bruises.

In addition, Mr Saad received swelling in his left thumb from his attempts to pry the door open.

He added that his daughter was traumatised from the incident, and has been afraid to take the lift since.

On Sunday, Ms Raudhah Putri, the injured woman’s niece, wrote about the incident.

According to Ms Putri, her father Mr Saad and relatives were in lift D of the HDB block when the incident happened.

In her Facebook post, Ms Putri added: “Before this, there was an accident happened (sic) but it was a group of boys and none were injured. This matter was brought up to the Town Council and the MP while they made their rounds in the neighbourhood. The MP was informed about this matter upfront by the residents and even after a year, no action taken.”

Mr Saad said Jurong-Clementi Town Council had apologised for the incident and visited his injured sister in hospital, and that a lift technician had been sent to the scene afterwards.

“It’s lucky that my brother-in-law pulled me back… I am so thankful,” he said.

ST has reached out to Jurong-Clementi Town Council.