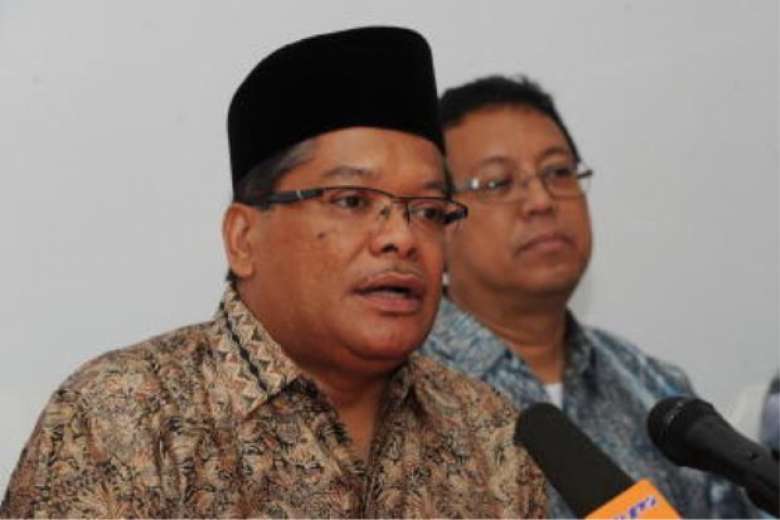 KUALA LUMPUR • A Malaysian Member of Parliament has sparked outrage in the country by saying that girls as young as nine were “physically and spiritually” ready for marriage.
His comments came as the Muslim-majority South-east Asian country passed a law on sexual offences against children without criminalising child marriage.

Datuk Shabudin Yahaya, MP for Tasek Gelugor and a member of the multi-ethnic Barisan Nasional governing coalition, made the comments in reply to a proposal by an opposition MP to amend the Sexual Offences Against Children Bill to include a ban on child marriages.

But the proposal was voted down by the majority of the House.

Said Mr Shabudin on Tuesday during a debate on the Bill: “They reach puberty at the age of nine or 12. And at that time, their body is already akin to them being 18 years old. So physically and spiritually, it is not a barrier for the girl to marry.”

They reach puberty at the age of nine or 12. And at that time, their body is already akin to them being 18 years old. So physically and spiritually, it is not a barrier for the girl to marry.

MR SHABUDIN YAHAYA, MP for Tasek Gelugor and a member of the Barisan Nasional governing coalition, on why child marriages should not be banned.

He also said there was “nothing wrong” with a rape victim marrying her rapist, as she would then not face a “bleak future”.

Mr Shabudin’s comments sparked outrage on social media, with some opposition politicians calling for him to be fired.

But in a statement yesterday, the MP said his words had been taken out of context and blamed the media for reporting “inaccurately”. He also said he was referring to existing laws allowing underage marriage.

“However, rape cases are still criminal offences and it is up to the police and the court to decide on the punishment to be meted out,” he said, adding that there have been many cases of consensual sex classified as statutory rape.

Under both civil law and Islamic law in Malaysia, girls and boys younger than 18 can be married.

Civil law sets the minimum age of marriage at 18, but those above 16 can be married with the permission of their state’s chief minister.

Under Islamic law, children younger than 16 can get married if the Syariah Courts allow it.

The law passed on Tuesday makes no mention of child marriage. It criminalises “grooming” – touching and befriending children as a prelude to sexual abuse – and spells out penalties for making and possessing pornography involving those under 18. A special court will also be set up under the new law to deal with child sexual abuse cases more quickly.

The maximum penalty under the law for making, possessing or distributing child pornography is 30 years’ jail and six strokes of the cane.

It was reported last year that most complaints of child sexual abuse in Malaysia do not lead to successful prosecutions.

Ms Teo Nie Ching, the opposition MP who proposed the ban on child marriages, said: “The law is more stringent now… but not enough.”

There have been several cases over the years of rapists marrying their victims, including those under 18, to avoid prosecution.