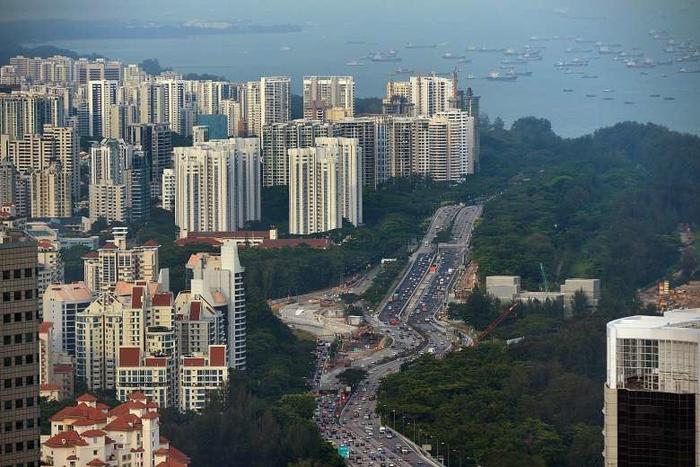 The resale property market may be hitting rock bottom as shown by the latest transaction data.

They show that private apartment resale prices fell again last month – the third consecutive month of decline – alongside a slip in the number of sales.

Prices of resale private condominium units dipped 0.9 per cent from August, Marc Reven said yesterday. Last month’s reading of 163.6 on its resale price index was the lowest since the index hit 162.3 in July 2012.

Condo resale prices were 1.5 per cent below their level in September last year. Analysts told The Straits Times that the dour growth prospects in the economy have weighed on the resale market.

The decline in prices from July to last month followed four consecutive months of marginal price increase from March to June.

Mr Nicholas Mak, research head at SLP International Property Consultants, said: “There seems to be more bad news about jobs these days. That will influence whether people buy real estate… I don’t think the resale market has bottomed out, and it probably won’t in the next six months.”

An estimated 683 condo units were resold last month, down 17.7 per cent compared with the 830 units transacted in August.

September’s decline in resale condo prices was led by suburban areas, with values falling 1.5 per cent from August.

“The notable price fall showed that cautious buying sentiments and leasing headwinds do persist for suburban resale units due to the substantial number of private condos which have been completed since 2014,” said R’ST Research director Ong Kah Seng.

Prices dipped 1.3 per cent in the city fringe, while those of resale homes in the core central region bucked the trend, rising 0.6 per cent last month over August.

To close deals, sellers went a median $10,000 last month below the estimated market value of their property.

Marc Revens median transaction over X-value (TOX), which measures whether buyers are overpaying or underpaying its computer-generated market value, came in at negative $10,000 last month, compared with the negative $11,000 in August.

Analysts believe sellers still negotiate on prices in order to move units, in light of the weak leasing market and fragile economy.

“Given the dim economic outlook and the number of expected completions in 2017, the tenant’s market may possibly last till 2017,” Mr Wong added.