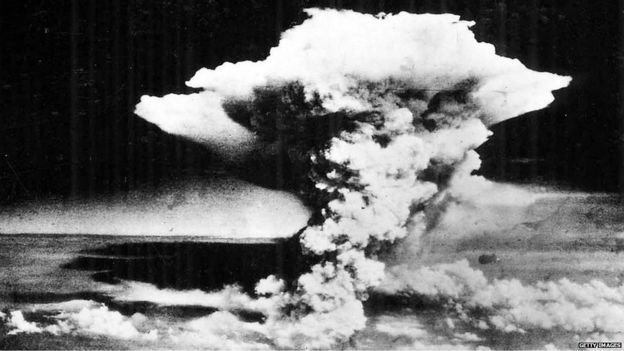 Barack Obama is to visit Hiroshima this month – the first serving US president to travel to the Japanese city since it was hit by a US nuclear bomb in 1945.

The visit will be part of an Asian trip from 21-28 May that will also take in Vietnam.

The Hiroshima bombing on 6 August 1945 killed 140,000 people. Along with a second bombing on Nagasaki – it is credited with ending World War Two.

The White House said there would be no apology for the bombings.

A statement from Mr Obama’s press secretary read: “The President will make an historic visit to Hiroshima with Prime Minister [Shinzo] Abe to highlight his continued commitment to pursuing peace and security in a world without nuclear weapons.” Was it right to drop the bomb on Hiroshima?

In ruling out any apology, the president’s communications adviser, Ben Rhodes,said on his Twitter page that the US would be “eternally proud of our civilian leaders and the men and women of our armed forces who served in World War II”.

He said that Mr Obama would “not revisit the decision to use the atomic bomb at the end of World War II. Instead, he will offer a forward-looking vision focused on our shared future”.

He said the visit would “offer an opportunity to honour the memory of all innocents who were lost during the war”.

Mr Rhodes added: “The President and his team will make this visit knowing that the open recognition of history is essential to understanding our shared past, the forces that shape the world we live in today, and the future that we seek for our children and grandchildren.”

Before that Mr Obama will meet Vietnam’s leadership and deliver a speech in the capital, Hanoi, on US-Vietnam relations.

Jimmy Carter has visited Hiroshima, but after the end of his presidency.

A US ambassador attended the annual commemoration for the first time in 2010.