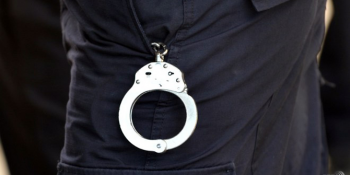 SINGAPORE: Two men have been arrested for causing public alarm by leaving their bags unattended at Aljunied MRT station, the police said on Friday (May 26).

In a news release, the police said that they were alerted at 9.52am to three bags that were left unattended at the concourse of Aljunied MRT station.

Officers from the Bedok Police Division and Public Transport Security Command, with the help of SMRT staff, traced and detained the owners of the bags at the station at about 10.15 am.

Two men, aged 25 and 27, were arrested for the offence of public nuisance, the police said.

The three bags were later found to contain only food and household items.

Preliminary investigations showed that the two men had intentionally left their bags at the concourse area while they went to the toilet.

“The police treat all security threats seriously and will not hesitate to take action against anyone who intentionally cause public alarm,” the statement said.

“The police would also like to remind the public not to leave personal belongings unattended and to report any suspicious items or behaviour to the MRT staff or the police immediately.”