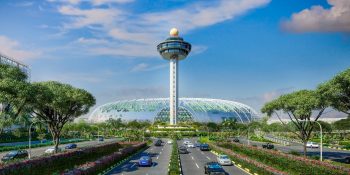 SINGAPORE: Singapore Airlines, Changi Airport Group and the Singapore Tourism Board on Monday (Apr 17) renewed an ongoing partnership deal to promote Singapore as an attractive destination for travellers.

In a press release, the three parties said they will jointly invest S$33.75 million under the renewed three-year partnership, and their marketing efforts will focus on promoting the country as a choice stopover as well as a twinning destination – travelling to two destinations on a single itinerary.

This augments the previous approach of only targeting travellers from specific long-haul markets such as the US and Europe, they added.

The renewed partnership will also see the Free Singapore Tour refreshed. The tour, which provides transfer passengers with a free taste of Singapore’s offerings, will be expanded to include more experiences curated based on travellers’ interests such as food tours to sample local fare, the press release said.

The Free Singapore Tour pulled in 59,000 passengers last year, up 8 per cent from the previous year, it added.

The partnership also hopes to broaden the marketing programme to woo business and meetings, incentives, conventions and exhibitions (MICE) visitors, they said.