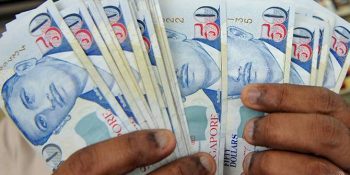 SINGAPORE: The Singapore dollar has been one of the strongest Southeast Asian currencies in 2017, defying expectations with a year-to-date gain of 6.1 per cent against the greenback.

But most analysts say this uptrend may have run its course.

DBS Bank’s senior currency strategist Philip Wee, for one, described the local dollar as being “too strong” as an “oversold” US dollar struggles to find upward momentum despite a favourable backdrop of interest rate hikes.

Last month in particular, USD/SGD came under “heavy selling pressure” amid heightened speculation that other major central banks could be joining the US Federal Reserve in exiting their ultra-loose monetary policies, Mr Wee wrote in a report published on Tuesday (Aug 1).

As a result, the Singapore dollar nominal effective exchange rate (S$NEER) was lifted into the “strongest quartile of its zero appreciation policy band”, which is “inconsistent with Singapore’s lacklustre economic and inflation data”. Hence, the Sing dollar should start to stabilise between 1.3370 and 1.3820 in the second half of 2017, Mr Wee added.

Mr Khoon Goh, head of Asia research at ANZ Banking Group, is also of the view that the Sing dollar’s strength has been “stronger than what is warranted by domestic fundamentals”.

“Despite strong export growth, (advance) GDP figures for the second quarter was a bit subdued and more importantly, the labour market remains weak with jobs continuing to contract,” he said.

“We think the S$NEER should be trading closer to the mid-point, which is around 0.8 to 1 per cent weaker than its current levels,” Mr Goh added, noting that the Sing dollar will likely weaken slightly in the fourth quarter to hover around 1.38 against the US dollar

For Mr Julian Wee, senior markets strategist for Asia at the National Australia Bank (NAB), the pace of increase in the S$NEER has been “too fast”. Apart from weakness in the US dollar, an outperformance of the Sing dollar against its less-liquid regional peers, such as the Malaysian ringgit and the Chinese yuan, also played a part.

“I don’t think the MAS (Monetary Authority of Singapore) will be concerned about the S$NEER being 1 per cent above the midpoint of its policy band, but they won’t be so accepting of another half a per cent increase in the S$NEER this month,” he explained. “The pace of increase in July has been quite sharp and a little too fast.”

He is holding on to his year-end target of 1.405 for the Sing dollar as he expects the greenback to recover with the Fed poised to increase rates once more and embark on the process of unwinding the US$4.5 trillion of bonds it holds on its balance sheet before the end of 2017.

“These are conditions that favour a strong rebound in the dollar, perhaps in the fourth quarter,” Mr Wee told Channel NewsAsia.

However, Mr Nizam Idris, the Singapore-based head of foreign-exchange and fixed-income strategy at Macquarie Bank, has doubts about a rejuvenated US dollar. Even with the prospects of balance sheet reduction, he noted that the Fed is likely to go slow in that aspect thereby minimising its impact on markets.

“I am assuming the Fed will start with a slow pace of around US$10 billion reduction per month before incrementally accelerating the process to US$20 billion in the first quarter of next year,” he said.

“At US$10 billion per month, I don’t think it’s going to have any significant impact on the yield curve. So it’s fairly limited room for the dollar to rebound unless the balance sheet reduction picks up a gear or two, and that could be a 2018 story.”

Mr Nizam also does not think that recent gains in the Sing dollar warrant much alarm given that the S$NEER remains within range despite rising as much as 1.2 per cent last month.

“Over the last couple of weeks, there were other issues such as a rise in uncertainty over global growth and monetary policies, as well as the political situation in the US. In an environment of high level uncertainty, the Sing tends to benefit somewhat but it’s not very far away from the policy mid-point.

“As long as the currency remains within the band of +/- 2 per cent, I think it should be free to move within a reasonable range without triggering any undue concern from the central bank,” he said.

There was, however, one thing that analysts could find consensus on.

Despite the Sing dollar’s strength, the MAS is unlikely to make changes to its monetary policy approach in October, they said.

Mr Nizam pointed out the “significant level of uncertainty” in both the global environment and Singapore’s growth prospects.

“Given the high level of uncertainty elsewhere and the fact that domestic growth is going to decelerate, I think it’s best for MAS to just sit back and let others do the tightening for them,” he told Channel NewsAsia.

“With Singapore’s very open capital account and a managed monetary policy, higher global interest rates will eventually filter through into higher interest rates domestically and that should buy the MAS time to wait out on its (forex) policy,” Mr Nizam added.

Mr Wee from NAB also thinks that the MAS will maintain its neutral policy stance as it needs to observe the actions of the Fed, particularly the cutting back of the Fed’s balance sheet.

“If that happens in September as many expect then that makes things easier for the MAS. If it doesn’t, then they will have to reckon with the possibility. Either way, they will have keep one eye on that and in that light, they will not want to move prematurely.”