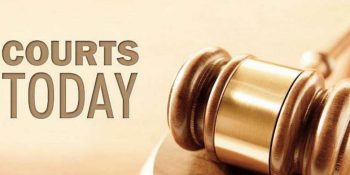 The illegal employment period ranged from three days to more than three weeks, and the offence was committed between June 1 and Sept 16, 2016.

The case against Sao has been adjourned to June 20.

In a separate case, a former director and a current director of logistics company SK Yap Construction, were convicted on May 2 of conspiring to hire 10 foreign workers without valid work passes.

Each director was fined in total $79,000, in default of 33 weeks’ imprisonment. The offenders were also banned from employing foreign workers.

MOM advised employers that they are not allowed to hire any foreigner without first obtaining a valid work pass.

Those working in bazaars or night markets are not exempted from this requirement, MOM said.

Employers who flout the law can be fined a maximum of $30,000 and/or up to 12 months’ imprisonment.

They will also be banned from employing foreign workers.

Members of the public with information about illegal employment offences can report the matter to MOM at (65) 6438 5122 or e-mail mom_fmmd@mom.gov.sg.