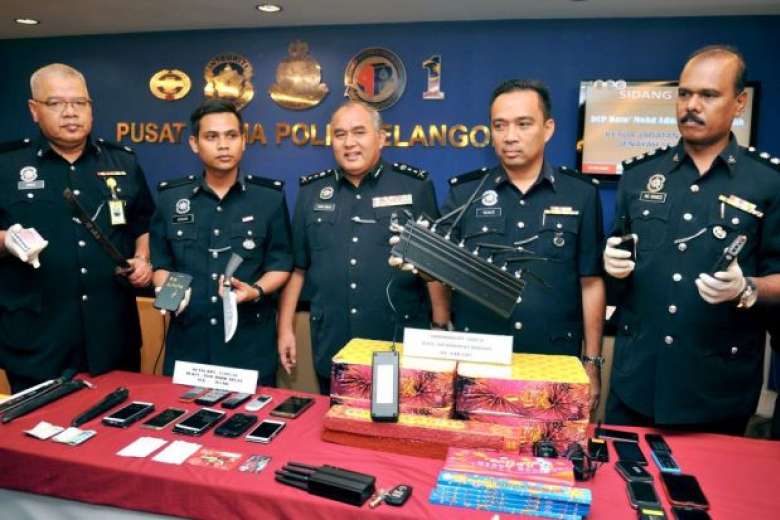 SHAH ALAM – Malaysian police have arrested four people in connection with the discovery of homemade bombs in a condominium unit in Kuala Lumpur last month.

The four were arrested in a police raid on an apartment in Ampang on Saturday, the Bernama news agency reported on Monday (May 9). Police said they also recovered a BMW car bearing fake registration numbers, some tools used for burglary and global positioning system (GPS) trackers during the raid.

The arrests are believed to be linked to the April 17 incident when police found homemade explosives and 12kg of drugs in a condominium unit in Damansara Perdana, a middle class suburb located at the edge of Kuala Lumpur. The incident was initially thought to have been terrorism-related.

The discovery of the explosives, reportedly owned by a group of gangsters, led to residents being evacuated from their condominium in the early hours of the morning. The explosive devices were detonated in a nearby quarry by police that afternoon.

Police on Monday said they had not ruled out the possibility that the bombs found were used in burglary and illegal money-lending activities, although they said they were still investigating how the bombs were being used by the suspects.