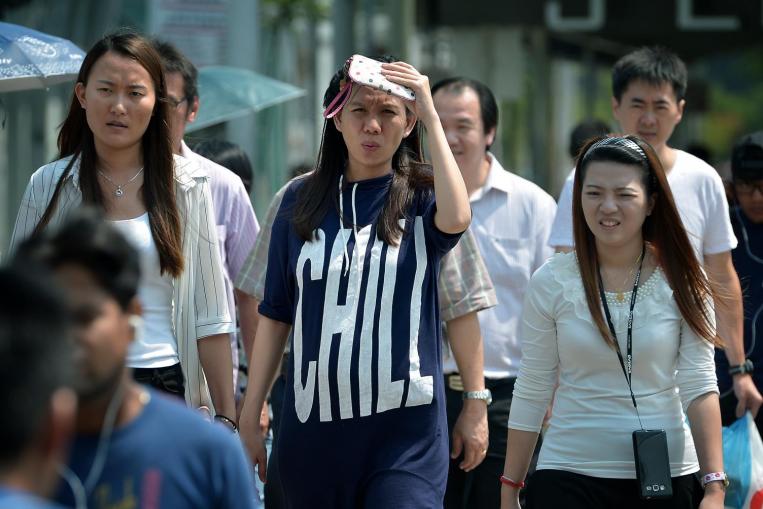 SINGAPORE: This year is set to be the hottest year in Singapore since records started in 1929, said the Meteorological Service on Friday (Dec 30).

In a media advisory, the Met Service said the mean annual temperature recorded at the Changi climate station, as of Dec 29, was 28.4°C, exceeding the current record of 28.3°C set in 1997, 1998 and 2015. A “very strong” El Nino caused temperatures to soar in the first half of 2016 and temperatures remained “well above the long-term average for the rest of the year”, it added.

New monthly records for the hottest January, April and August were also set in 2016, added the Met Service.

December 2016 is also on track to be the second hottest December on record.

Almost all parts of Singapore received below normal rainfall in December, with the lowest rainfall recorded over Jurong.

Nonetheless, Singapore saw wetter weather in the second half of the month, with most of the thunderstorms taking place in the afternoon and evening. Sumatra squalls also brought heavy to moderate thunderstorms to many parts of Singapore on several days in the pre-dawn hours and morning.

Dec 23 and 24 saw the heaviest rain, with the highest daily rainfall of 98mm and 86mm was recorded over Bukit Panjang and Tai Seng respectively.

Monsoon conditions are forecast to continue for the first two weeks of January, albeit with less rainy weather than seen in the past two weeks.

Thunderstorms are expected mostly in the afternoon on five to seven days, and could extend into the evening on a few days. Thunderstorms accompanied by strong winds can also be expected between the pre-dawn and early morning on one or two days.

Rainfall for the first half of January is expected to be slightly below normal.