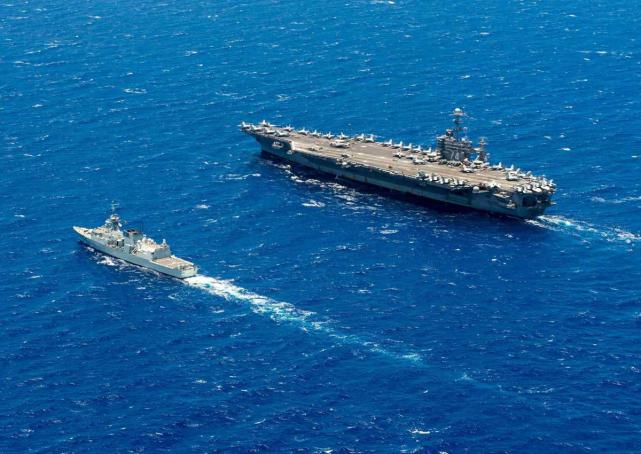 Singapore – The United States has sought the extradition of two former executives of a Singapore-based defence contractor at the centre of a bribery scandal that has rocked the US Navy, government lawyers said Monday. A spokeswoman for Singapore’s Attorney General’s Chambers told AFP the office has “received extradition requests from the US government” for the former executives of Glenn Defense Marine Asia (GDMA). September 2016,” she said. A US Department of Justice statement issued on September 15 said Neil Peterson and Linda Raja, both Singaporeans, were charged in San Diego in California in relation to the scandal which has tarnished top US naval officers. Both were arrested in Singapore. GDMA owner Leonard Glenn Francis is awaiting sentencing in the US after he admitted in January last year that his company, which provided port services, plied naval officers with cash, prostitutes, Cuban cigars and Kobe beef to ensure US Navy ships stopped at ports where GDMA operated. Peterson, 38, was the Singapore-based firm’s vice president for global operations and Raja, 43, was the general manager for Singapore, Australia and the Pacific islands, the US Justice department statement said. Both are accused of conspiring with Francis to defraud the US Navy by submitting more than US$5 million (S$6.82 million) in false claims and invoices and working to “perpetuate and cover up their fraud”, it said. A total of 16 individuals have been charged in connection with the investigation into GDMA, including Peterson and Raja as well as 11 current or former US Navy officials, the statement added.

In June Rear Admiral Robert Gilbeau – the highest-ranking US Navy officer charged in the probe – pleaded guilty to lying about his relationship with GDMA. Gilbeau admitted before a federal judge in San Diego that he had lied when he told investigators that he had never received gifts from Francis. Another one of those convicted, US Navy Captain Daniel Dusek, was sentenced in March to 46 months in prison for giving classified information to GDMA in exchange for prostitutes and lavish gifts. Alex Wisidagama, another GDMA executive who had pleaded guilty in the case, was sentenced in March to five years and three months in prison and ordered to pay US$34.8 million in restitution.