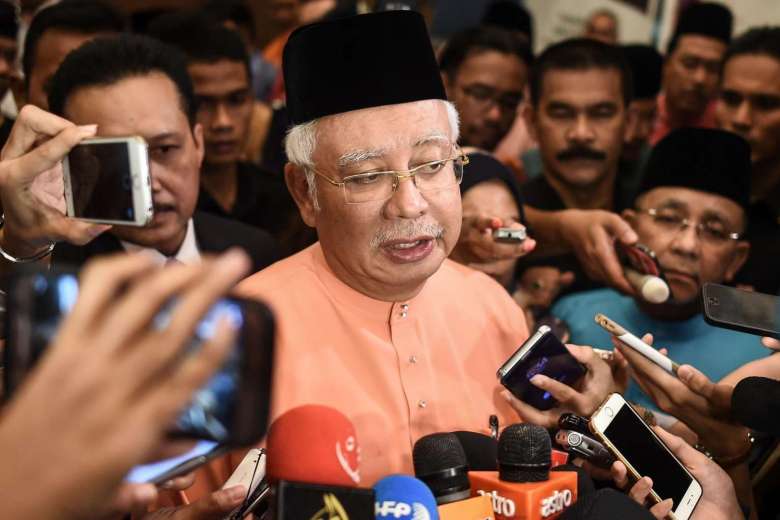 Malaysian Prime Minister Najib Razak said on Monday (July 25) that those named in the United States’ Department of Justice (DOJ) civil lawsuits on the freezing of assets linked to 1Malaysia Development Berhad (1MDB) must take responsibility to clear their name.

Datuk Seri Najib also said the government will ensure that no public funds were abused.

“This is our stand and let us allow this issue be settled via the judicial process. The government will give its full cooperation on the matter,” he added.

The Prime Minister was speaking at an event to present offer letters to 1,100 village heads and village committee members to perform their Haj pilgrimage sponsored by 1MDB Foundation.

The US DOJ had filed the civil suits to seize more than US$1 billion (S$1.36 billion) in assets allegedly linked to 1MDB. It claimed the assets were bought with money stolen from the state investor.

Those named in the suits include Mr Najib’s stepson Riza Aziz, founder of Red Granite Pictures which produced the Oscar-nominated 2013 movie “The Wolf of Wall Street” directed by Martin Scorsese. The suits alleged that tens of millions of dollars were diverted from 1MDB to produce the movie.

Another person named is businessman Low Taek Jho, who was allegedly involved in siphoning up to US$3.5 billion from 1MDB. Mr Low is known to be a close associate of Mr Najib and Mr Riza.

Although the DOJ filing did not name Mr Najib, it referred repeatedly to “Malaysian Official 1”, a high-ranking government official who had control over 1MDB and had received US$681 million and is a close relative of Mr Riza.