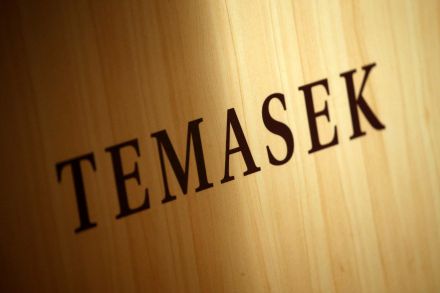 Temasek is weighing an offer to buy all the shares it doesn’t already own in SMRT, according to the person, who asked not to be identified as the information is private. It currently has a 54 per cent stake in SMRT, which has a market value of about S$2.4 billion in Singapore, data compiled by Bloomberg show.

SMRT has faced public criticism for service disruptions in the past four years even as it expanded its network. Singapore announced Friday that SMRT will transfer S$991 million of rail, signal and related assets to the Land Transport Authority (LTA), giving the company funds to recruit more staff and improve train maintenance.

“Managing the transport system will be simpler,” said Song Seng Wun, an economist at CIMB Private Banking in Singapore. “This will help reduce the pressure of having to answer shareholders while the government addresses pressure from the public. The new framework announced last week and this will go hand in hand.”

Shares of SMRT were halted from trading Friday before the asset sale announcement. The company said Monday it will continue the trading halt, pending another possible announcement.

The potential buyout offer is still being discussed and there’s no certainty it will result in a deal, according to the person.

“We don’t comment on market speculation or rumours,” Stephen Forshaw, a spokesman for Temasek, said by e-mail.

SMRT doesn’t comment on speculation and rumors, Patrick Nathan, a spokesman for the subway operator, said in an e-mailed statement.

Temasek, which had more than half of its assets in China and Singapore, said this month that the value of its stakes decreased 9 per cent to S$242 billion in its fiscal year ended March 31.

The Singapore state investment firm made S$30 billion in new investments in the 12 months through March, matching the previous year, while divesting a record S$28 billion.

As part of the overhaul announced last week, SMRT will move some 60,000 operating assets to the Land Transport Authority, pending shareholder approval, by September. That will allow the train operator to be light on assets, recruit about 700 people to improve maintenance and offer better services.

Under the existing model, SMRT’s rail-related expenditure could have reached S$2.8 billion over the next five years, it said in a statement last week.

That’s more than double the S$1.3 billion in the last five years. Maintenance costs have also increased and made up 45 per cent of the rail fare revenue in the year ended March, the company said this month.

The revamp is similar to the one the city-state’s public bus system went through in 2014. The government then said it would take ownership of the bus infrastructure such as depots and vehicle operators then bid for the right to run the services.