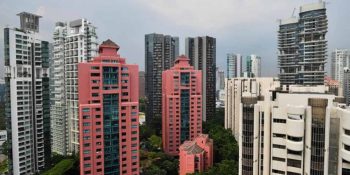 The protracted downtrend in Singapore’s property market is poised to end next year, with home prices set to double by 2030, Morgan Stanley said in a Wednesday note.

“Property market bears expect slower population growth, an ageing population, and a structural growth slowdown to weigh on the long-term property market outlook,” the note said. “We disagree and believe home prices will double by 2030.”

That implies a 5 to 6 per cent increase per annum and would mark a reversal from a long downtrend in home prices.

In the first quarter, overall private home prices fell 0.5 per cent on-quarter, the 14th straight quarter of declines. This time around, however, the bulk of the decline was in relatively small landed property segment, while non-landed prices were steady.

The city-state’s housing prices surged more than 60 per cent from 2009 through 2013, propelled by rock-bottom global interest rates and quantitative easing in developed economies, even as the government enacted a series of cooling measures from 2011 to prevent a bubble from forming.

But in early March, the government scaled back some of the curbs, including lowering the seller’s stamp duty and shortening the minimum holding period to avoid it.

Morgan Stanley said that was a signal the property market was closer to the bottom, which should improve buyer sentiment.

There were signs buyer sentiment has already picked up: One recent launch, Park Place Residences, sold its entire phase one, initially set at 40 per cent of the 429-unit total before being raised to 50 per cent, within a day.

The bank expected sales volume would surge this year, with the increases in transaction volumes to spur prices higher next year.

The property market in Singapore can be closely watched for economic and investment implications.

Morgan Stanley noted that around 91 per cent of Singapore’s resident households own their homes, with residential property around 45 per cent of total household gross assets last year.

Additionally, Asian investors tend to have large allocations to property in their portfolios.

While property bears were pointing to an aging population, Morgan Stanley noted a rising household formation rate driven by singles, and a shift toward higher-skilled foreign workers.

It estimated that by 2030, one in five Singapore households would be occupied by just one person, up from one in eight in 2010.

It also expected that Singapore’s medium-term economic growth potential of around 3 per cent over 2016-2030 meant it would outperform other developed economies and support income growth.

On Thursday, Singapore reported first-quarter gross domestic product (GDP) grew 2.5 per cent on-year, down from 2.9 per cent in the fourth quarter of 2016.

“The Singapore economy is likely to see a cyclical recovery from better-than-expected external demand,” the note said. “Given that changes in economic conditions have a direct bearing on the property market, the improving macroeconomic outlook would be supportive of a property market recovery.”