Retail Group Malaysia (RGM) managing director Tan Hai Hsin (pic) says “billions of expected retail sales revenue” during the Hari Raya festive period will be lost as a result of the latest lockdown. “This is indeed devastating news for most Malaysian retailers, who were hoping to recover their sales loss during the second MCO (MCO 2.0) in early 2021.”

THE implementation of the latest movement control order (MCO 3.0) will see mall operators and retail associations bracing for tough times ahead, as they employ measures to mitigate the impact to their businesses.

“This is indeed devastating news for most Malaysian retailers, who were hoping to recover their sales loss during the second MCO (MCO 2.0) in early 2021.

“They were hoping to get Malaysians of all races to make purchases during this Hari Raya festive season, ” he tells StarBizWeek.

Tan says Malaysians had already been avoiding major shopping malls since the last two weeks of April, due to the high number of daily Covid-19 cases.

On Monday, Prime Minister Tan Sri Muhyiddin Yassin announced that a nationwide MCO would be implemented from May 12 until June 7, to curb the rise in daily Covid-19 cases.

This, he says, is a huge contrast compared with the first MCO that was implemented

in March last year, where only essential services operators were exempted by the lockdown.

“Within the retail sector, we are affected by the restrictions imposed on the operating hours, car load limitations, travel restrictions and dine-in restrictions, to name a few.

“Any changes to that will have a direct impact to the retail sector. Based on our preliminary estimates, we expect businesses to be down by between 60% and 65%, on an aggregated basis.”

Chan says non-permitted retail operators will be the most affected. These include cinemas, indoor family entertainment and karaoke lounges. “Comparatively, electronic gadgets sellers, for instance, have been performing even better than pre-pandemic levels.” 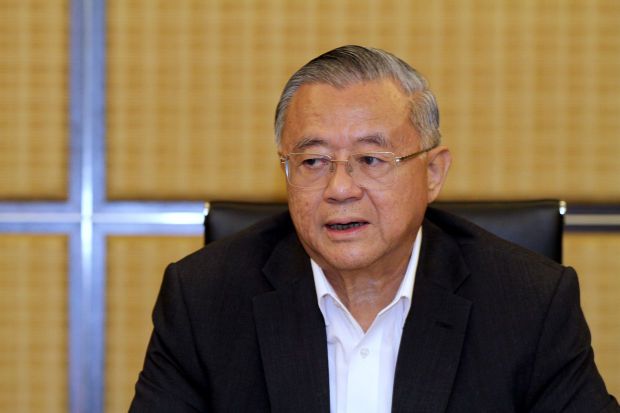 “More than 30% of tenants have already closed shop. Many are struggling to recover and survive. Existing standard operating procedures (SOPs) have already been a barrier to recovery.

“For example, the social distancing requirement has reduced capacity by 60%, which is already below profitability and merely allowing mitigation of losses and generating some cashflow.”

Teo says the full effect of MCO 3.0 will depend on the SOPs. “We foresee that with the ongoing ban on dine-ins, our food and beverage outlets will be badly affected.

“With no dine-ins, takeaways are only less than 10% of usual sales volume and delivery companies take 30% in commissions.”

Tan notes that the MCO 3.0 was announced very suddenly, albeit just two days before Hari Raya.

“This is almost the same situation as Chinese New Year earlier this year. Many retailers will be faced with stocks (especially stocks that are meant for the festive season only) that cannot be sold.

“When the first MCO was introduced in March 2020, non-essential retailers were asked to close.

“At the time, landlords waived rentals, banks delayed loan repayments and the government gave subsidies to retail employers. Thus, many retailers managed to survive during that period.”

Tan explains that when MCO 2.0 was implemented in January this year, many retailers did not receive financial assistance from the government or their landlords.

“Their situation during MCO 2.0 was worse than the first MCO in March 2020.

“As compared to the first two MCOs, the majority of retail stores have been allowed to open under MCO 3.0. However, their sales will still be badly affected.

“They are allowed to open, but there are hardly any customers. This is because the government is telling Malaysians not to go out.”

Tan fears that the situation this time will be worse than the first MCO that was implemented in March last year.

“This is because, with little sales, retailers still need to pay salaries, rental, utilities and other operations costs.

“Compared with the first MCO, retailers are not receiving assistance from the government, such as the loan moratorium and wage subsidies.

“In addition, retailers are unlikely to get rental rebates from their landlords.”

Shopping malls and retailers have also been calling the Hotspot Identification by Dynamic Engagement (HIDE) system, which was made public earlier this month, as “inaccurate” and “premature.”

As such, local retail players are urging the government to suspend further announcements.

“The HIDE system is a predictive modelling tool, but we are of the opinion that the data used as inputs are flawed and inaccurate. The results have misinformed the public that shopping areas and bazaars are safer than shopping malls, which is incorrect.

“This is because malls have provided accurate and complete MySejahtera records, while the less formal shopping venues like standalone shops and bazaars have not been able to provide complete data, thus leading to skewed and faulty (HIDE) modelling results.

Teo adds that the MySejahtera app is also not without its flaws.

“The MySejahtera system also has bugs. For instance, a shopper with low risk status may be recorded as high risk upon scanning the QR code, thereby being recorded as having entered the premises when in fact, he could have been denied entry.

“With all these inaccurate data, the skewed results have given the public the wrong perception and caused them to patronise the higher risk areas with the false information that they are low risk areas. This may lead to another spike in infections.”

As a preventative measure, Teo says malls and retailers should only allow shoppers to scan the MySejatera QR code only after the app display indicates that they are considered “low risk.”

National Covid-19 Immunisation Programme Coordinating Minister Khairy Jamaluddin has said that all premises and locations in the HIDE system are not Covid-19 clusters, but instead have the potential to turn into one if pre-emptive measures are not taken.

There were 151 hotspots identified in the first HIDE system list, which identified many shopping malls, restaurants and even a few public transport stations, among others.

Premises listed under the HIDE system will be ordered to close three days for sanitisation.

Teo believes more clarification needs to be sought from the authorities on details of the HIDE system, so that retail operators can work together with the government towards achieving a win-win situation.

Tan believes the implementation of MCO 3.0 will have an impact on the sales performance of retail operators in the current quarter.

“In March, we estimated that growth rate in the second quarter of 2021 would be more than 7%. But based on the latest developments, it will be much lower.

Chan meanwhile feels the performance of the second quarter will depend on how long the MCO 3.0 will be.

“However, similarities can be seen from the first quarter of 2021, in the sense that there was a lot of disruption to the festive buying momentum. Both Hari Raya and Chinese New Year festive buying was interrupted with the re-implementation of the MCO.

“As long as the number of daily infections can be reduced and we move into the conditional MCO phase, we will see better recovery. For Sunway Malls, March 2021 had shown a recovery of around 90% in both footfall traffic and sales.”

Teo says the consequences of the latest MCO will be dire. “The retail industry provides employment to around 452,000 people. Already there are increasing numbers of layoffs and salary cuts. More business failures will eventuate as businesses have already exhausted whatever reserves they have and are at the edge of a possible collapse.

“With the implementation of MCO 3.0, recovery in 2021 seems very distant.

“We are in support of combating the pandemic, but both lives and livelihoods matter and we appeal to the authorities that there must be an equitable balance at all times.”