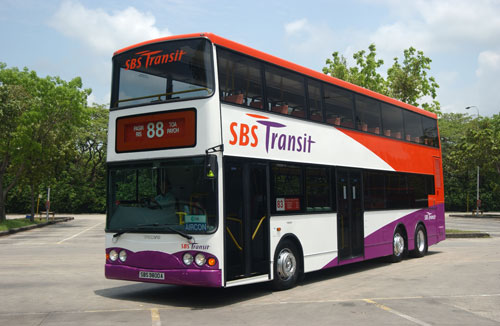 Over the years, taxpayers have had to subsidise more of the rising operating costs as public transport fares in Singapore have not kept up, according to Minister Khaw Boon Wan.

SINGAPORE: While the Government will continue to inject heavy subsidies into the public transport system, the current model of taxpayers bearing more of the fiscal burden is not sustainable, said Transport Minister Khaw Boon Wan in Parliament on Wednesday (Mar 8).

Speaking at his ministry’s Committee of Supply debate, Mr Khaw stressed on the need to strike a “fair balance” in the proportion of transport costs that will be borne by commuters, taxpayers and operators.

He added that the current formula for public transport fares is set to expire after the Public Transport Council’s (PTC) fare review exercise this year. The council will review the fare formula then.

Amid the push for a “car-lite” Singapore by 2030, Mr Khaw noted that the significant improvements to the country’s public transport network require high capital investments and will incur higher operating costs.

The Government is also topping up a “huge deficit” under the new Bus Contracting Model, which states that it is now responsible for buying and replacing buses.

“We pay bus operators a fee to run the bus services. Although fare revenue goes to the Government, it is not enough to cover operating costs,” Mr Khaw said. Over the next five years, the Government expects to subsidise public bus services by nearly S$4 billion, he added.

Likewise under the transition to the New Rail Financing Framework, the Government expects to spend S$4 billion over the next five years. This excludes the S$20 billion that will be spent to build new public transport infrastructure, according to the transport minister.

As costs rise over the years, Mr Khaw said fares have not kept up and taxpayers have had to subsidise more and more of these operating costs.

“This is clearly not sustainable,” he said. “We must ensure that the fiscal burden does not become too excessive for taxpayers.”

“While the Government will continue subsidizing public transport heavily, we must find a fair balance in the relative burden to be borne by commuters, taxpayers and operators,” Mr Khaw added.

In light of this, the PTC – an independent body to regulate public transport fares – is set to review the fare formula. “They will consult widely. I am confident that they will decide wisely,” the minister said.

He noted that the PTC “took a big step” to standardise train fares across all MRT lines last year, resulting in a reduction of fares for many commuters. But “the PTC cannot always bring good news”, Mr Khaw cautioned, adding that there is also a possibility for an upward fare adjustment.

“If they do, I hope commuters will be understanding.”