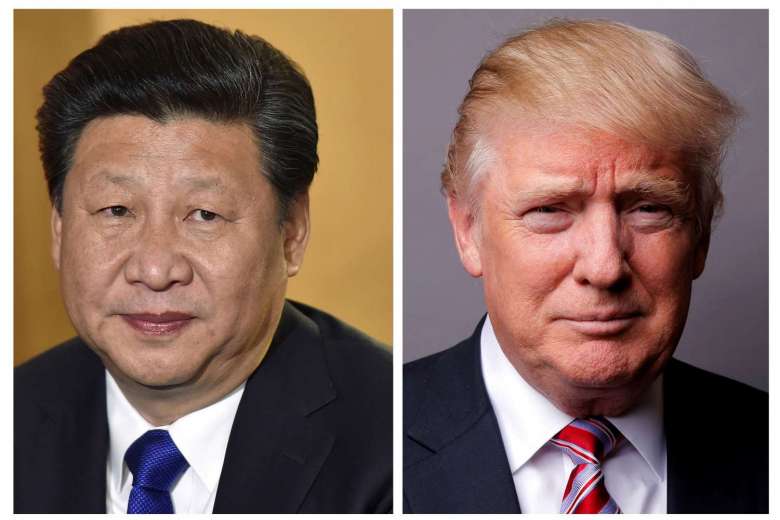 WASHINGTON (AFP) – The United States and China are finalising plans for a summit between presidents Donald Trump and Xi Jinping at Mar-a-Lago this April, but diplomats are struggling to remove last-minute stumbling blocks.

Officials in both countries told AFP that Trump has tentatively agreed to host Xi to his Florida resort in early April – a significant outreach after the mogul’s bare-knuckle anti-Chinese election rhetoric.

But according to officials, the plan is running up against differences over how to deal with issues like North Korea, what “deliverables” can come out of the talks and anger over leaks before the meeting was finalised.

The White House is pressing China to make commitments that would help curb North Korea’s weapons of mass destruction programmes – which may soon be capable of delivering a nuke to the western United States.

China has been reluctant to lean on its smaller neighbour, and fears the United States is trying to increase its influence on the Korean peninsula.

Secretary of State Rex Tillerson’s visit to Beijing is being seen as a make-or-break moment in deciding whether Xi’s visit goes ahead.

Before his arrival there on Saturday, Tillerson warned two decades of efforts to stop North Korea’s nuclear ambitions have failed.

“In the face of the ever escalating threat it is clear that a new approach is required,” he said while visiting Tokyo.

Just weeks ago, a summit seemed a distant possibility, as the newly elected president infuriated Beijing with suggestions he might break from the US’s long-standing One China Policy and threatened a trade war.

But in a conciliatory phone call in mid-February, Trump walked back controversial comments on Taiwan, creating an opening for Washington and Beijing to discuss a meeting.

There he held talks at the White House, meeting with Trump’s son-in-law Jared Kushner, his chief strategist Steve Bannon and US National Security HR McMaster before stopping in for a brief chat with the president.

During the discussions Yang suggested that Trump host Xi at Mar-a-Lago, his palatial estate in Palm Beach, according to multiple sources in both capitals with knowledge of the discussions.

Initially there had been speculation the pair would first meet in July on the sidelines of the G20 Leaders’ Summit in Germany.

At the annual meeting of China’s legislature this week, premier Li Keqiang said “diplomatic authorities of the two countries are already engaged concerning a face-to-face meeting,” without commenting on timing or location.

Trump’s spokesman Sean Spicer said on Monday planning was “ongoing” for a visit between Trump and Xi, “at a date to be determined”.

Xi would be the second world leader since Trump took office to visit Mar-a-Lago, which Trump has dubbed the “Winter White House”.

The US president hosted Japanese Prime Minister Shinzo Abe at the estate in February, courting controversy when they set up an impromptu, al-fresco “situation room” in full view of the resort’s guests to deal with news of a North Korean rocket launch.

The meeting was billed as an opportunity to bond over rounds of golf in an environment conducive to building the kinds of personal relationships that Trump is said to view as important.

Although no final decision has been made on Xi’s visit, in some respects, Mar-a-Lago would be a logical place for a first meeting with Trump.

The resort’s casual nature would allow Trump to receive the Chinese leader without the full pomp and circumstance of a state visit.

That could create awkward optics for the US president, who has slammed China for unfair trade practices and currency manipulation, claiming the country has stolen countless American jobs.

And it would mirror Xi’s first visit to the US under President Barack Obama, who hosted his counterpart at California’s Sunnylands resort for an informal, shirt-sleeves meeting.

Stephen Yates, who has advised the Trump administration on its China policy, recently told AFP that “it is very typical for recent presidents to host visiting Chinese … leaders outside of Washington.”

But the location, on the US president’s home turf, could also be “fraught” for the by-the-book Chinese leader, according to Graham Webster, an expert on Sino-US relations at Yale Law School.

Unlike the G20, Mar-a-Lago is “not a neutral ground. It’s a place where Trump is rolling out his own red carpet,” he said.

And unlike Abe, Xi is unlikely to join Trump on the links.

China’s ruling Communist party frowns on golf as a bourgeois luxury and has taken steps to crack down on the courses in China, which it associates with corruption.