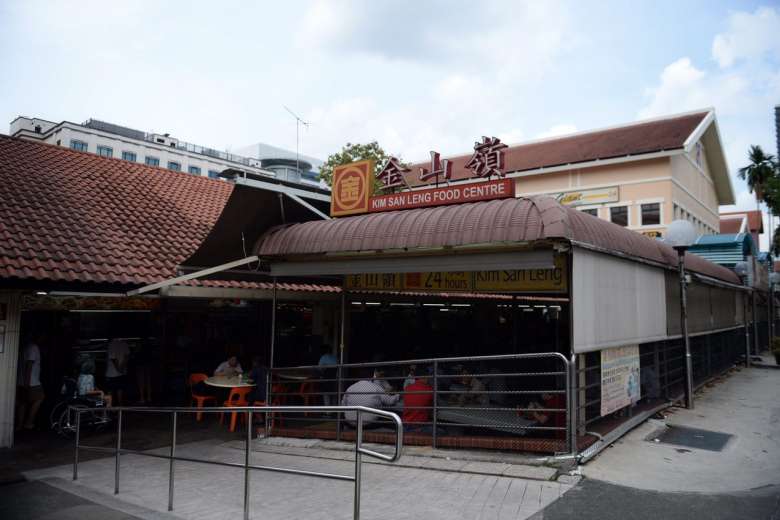 SINGAPORE – The Kim San Leng Food Centre at Bishan Street 13 will be suspended on Friday (Jan 20) due to a rat infestation, the National Environment Agency (NEA) said.

The popular food centre was also fined $1,100 by NEA for two offences of failing to keep its premises free of rat infestation, and one offence of failing to deposit refuse in refuse bins lined with plastic bags.

These offences totalled 16 demerit points over the last 12 months under NEA’s Points Demerit System, according to a suspension notice put up on the NEA’s website on Monday (Jan 16).

“NEA takes a serious view of these offences and would like to remind food operators to observe good food and personal hygiene practices at all times, and to engage only registered food handlers,” said the agency.

“NEA will not hesitate to take firm action against anyone found to be in violation of the Environmental Public Health Act.”

Kim San Leng’s manager Alfred Hoon, 34, said the rats come from the burrows and drains outside the food centre. He said they had been working closely with the town council and NEA to improve the food centre’s hygiene standards.

He said he paid a pest control company to survey the place four times a month between September and December last year.

He added: “Even shopping centres have rats sometimes, let alone hawker centres. You can’t fix the problem 100 per cent. We are doing our best.”

When The Straits Times visited the food centre at lunchtime on Tuesday (Jan 17), the place was packed with diners.

Most customers seemed unbothered by the news of the suspension.

A regular, who wanted to be known only as Mr Wong, said he has been patronising the chicken rice stall for more than 10 years.

“This is one of the better coffee shops in terms of cleanliness. The food is good. If there really was a serious issue (with hygiene), they wouldn’t wait till Friday to close it,” said the 45-year-old Ang Mo Kio resident.

Cashier Julie Ng, 63, was at the food centre during her lunch break. She said in Mandarin that “every hawker centre has rats”, adding that the rat problem is worse in other places.

The Bishan resident said she has not seen any rats at Kim San Leng during the 20 years she has been going there.

Ms Sylvia Thong, 27, who works in marketing, visits the food centre about once a month. While she has not seen any rats, she complained that “the tables, pillars are not very clean”.

Still, she continued to return to the food centre due to its convenient location, she said.