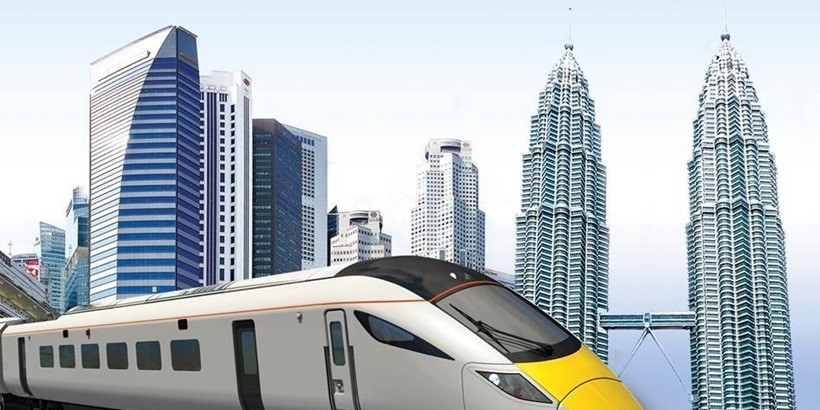 The 350 km rail link is expected to reduce travel time between Singapore and Kuala Lumpur to just 90 minutes.

MyHSR CEO Mohd Nur Ismal Kamal revealed that the joint tender for the high-speed rail (HSR) project between Singapore and Malaysia will launch in the fourth quarter of 2017, reported Channel NewsAsia.

The head of the Malaysian company tasked with developing the HSR project expects the two countries to make a decision on the contract award by end-2018.

“They have to go through the actual alignment and prepare their tender submissions. So we open in the fourth quarter next year, give them one year to submit, (and) from there we do our evaluation.”

In July, a memorandum of understanding on the project was signed by Singapore and Malaysia.

Malaysian Prime Minister Najib Razak has stated that a formal bilateral agreement will be signed with Singapore Prime Minister Lee Hsien Loong at the leaders’ retreat next week.

The agreement will provide details on the project’s cost and profit-sharing structures.

Set to be completed in 2026, the 350 km rail link is expected to reduce travel time between Singapore and Kuala Lumpur to just 90 minutes.

The multi-billion-dollar project has attracted strong interest from companies in Japan, China and South Korea since it was first announced more than three years ago.

And while China was awarded the East Coast Rail Line project in October, Mohd Azharuddin Mat Sah, CEO of Malaysia’s Land Public Transport Commission, explained that this does not mean it is in a better position to win the KL-Singapore project than others.

“We’re looking at various parameters, not just the costing – reliability, sustainability, value, and together with Singapore, we want to ensure we select the best submission, from other countries – not just Asian countries but it could be Europe as well. We are very open to that,” he said.

Commenting on the project’s viability, Mohd Azharuddin noted that given Singapore’s population of over five million, and seven million for Kuala Lumpur, operators would not have a problem increasing ridership by offering attractive fares.

He revealed that while ticket prices will not be regulated, they will be benchmarked against the cheapest available airline tickets.