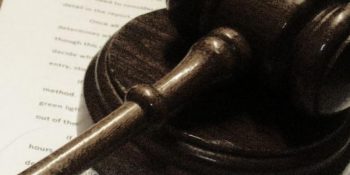 When he realised that the brakes on his vehicle had failed, a private bus driver mounted a kerb to avoid a crash with the stationary cars in his path.

But he hit a woman cycling home from work on the footway along Pioneer Road North.

An inquiry on Friday into the death of Madam Wong Lai Cheng, 48, on Jan 12 found that the brake failure on the bus, driven by Indian national Kannan Murugavel, was due to a missing drain valve component.

State Coroner Marvin Bay said a vehicle inspection had found air leaking from the defective tank from which the valve was missing.

Sufficient air pressure needed to operate the brakes could not be built up. As a result, the bus had no braking ability whatsoever.

Finding Madam Wong’s death to be a “tragic traffic misadventure”, Coroner Bay said the trail of destruction included damage to five vehicles and uprooted signs and trees, showing the catastrophic consequences of brake failure in a heavy vehicle. He added: “The sad circumstances of this case underscore the fundamental importance of scrupulous and conscientious maintenance of heavy vehicles to prevent or mitigate the risk of failure of crucial component parts such as their braking systems.

“It may also be helpful for heavy vehicle drivers to acquire defensive driving skills to be able to anticipate and handle exigencies…so as to be able to operate and manoeuvre their vehicles in a manner that is least likely to cause injuries to themselves and other road users or property damage .”

Earlier news reports stated Mr Kannan, 29, had been working for Johnson Transport and Trading for about two months before the tragedy. Before that, he had driven a lorry for nine years with another Singapore company.

It was also reported that he was driving from Lot One Shoppers’ Mall in Choa Chu Kang to pick up workers from a shipyard and no passengers were on board.

According to yesterday’s findings, he was driving along the Pan-Island Expressway towards Benoi Road when he heard a loud noise from the rear of the bus. Suspecting that a tyre had punctured, he made an exit into Pioneer Road North.

While on the slip road, he realised that his brakes were not working.

Noticing there were stationary vehicles ahead, Mr Kannan decided to manoeuvre his vehicle into a nearby tree to stop the bus from ploughing into them.