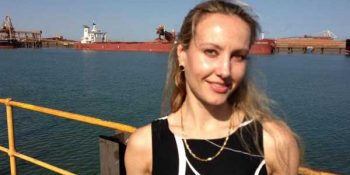 According to an ABC report, Macro Realty Developments Pte Ltd is controlled by Australian Veronica Macpherson (picture) and received over A$110 million (S$119 million), mostly from Singaporean and Malaysian investors ETALING JAYA – Singaporean police are investigating a property company believed to be involved in a ponzi scheme that conned hundreds of Malaysians investors out of millions.

According to an ABC report, the company is controlled by Australian Veronica Macpherson and received over A$110 million (S$119 million), mostly from Singaporean and Malaysian investors.

Investors were promised returns as high as 18 per cent yearly.

The investment scheme was reported to have been heavily promoted in Singapore and Malaysia since 2014.

However, KPMG liquidator Hayden White told ABC that the scheme collapsed last year with creditors owed more than A$200 million.

The company’s winding up in the Australian Federal Court was part of the Australian Securities and Investments Commission (ASIC) case into the controversial company.

ASIC is also investigating Macpherson over potential offences of stealing, fraud and forgery.

The company is also being investigated by the Singapore Police.

Promotional material from September 2014 told investors the business had other sources of revenue when it did not and that guarantors owned land assets when they did not.

According to court documents, the alleged Ponzi scheme raised almost A$110 million from its 1,700-plus investors who were told their funds were being used for property developments but were instead used to pay the company’s expenses, including the interest payments to early investors.

The scheme collapsed when Macro did not have enough new business to meet its expenses, including crippling interest bills, causing it to stop paying investors.

There were 651 investors from Malaysia, 981 from Singapore, 31 from Australia, 58 from the  and 17 from continental Europe.

Following the scheme’s collapse, Macpherson’s financial services licence and passport were cancelled and her other active Australian companies were wound up by the Australian Federal Court.