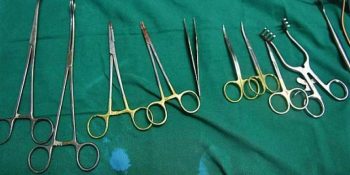 HONG KONG – A doctor at a Hong Kong public hospital performed surgery on the wrong side of an 86-year-old man’s skull – the second brain surgery blunder in the city in just four months, South China Morning Post reported on Friday (July 14).

The surgeon opened the right side of the patient’s head rather than the left side during the botched surgery to remove blood clots on Wednesday, the report said.

He realised his blunder upon discovering few clots after opening a thick part of the membrane outside the brain.

The doctor then closed the wound before proceeding to remove the blood clots on the left side of the brain.

The patient regained consciousness and has been in a stable condition since the operation. An investigation into the incident at the Princess Margaret Hospital has been launched, reported SCMP.

The hospital had informed the patient’s family the same day and apologised to them, the daily said.

Four months ago, a Queen Elizabeth Hospital neurosurgeon wrongly performed surgery on the left side of the brain of a 54-year-old woman, while it was the right side that required treatment.

An anaesthetist spotted the error while reviewing the patient’s report.

An investigation report for the case which was released in May found the doctor performed the surgery based on his recollection of the preliminary computed tomography image only.