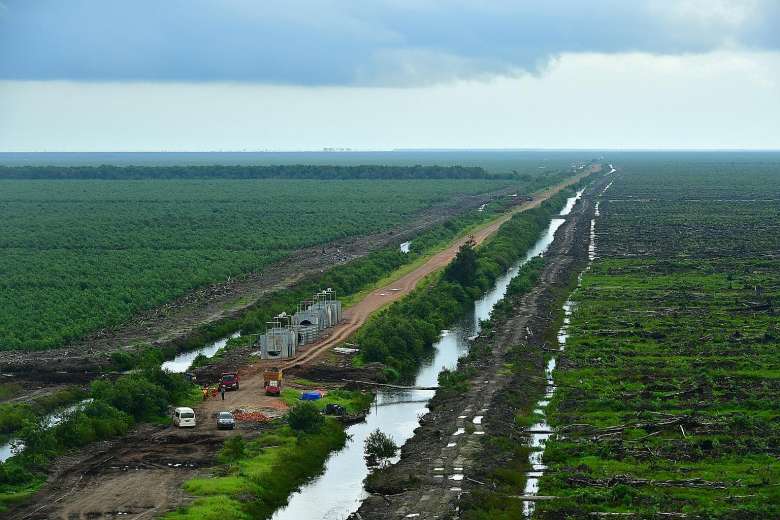 Asia Pulp and Paper (APP), one of the Indonesian companies blamed for the record-breaking haze that affected Singapore in 2015, has not provided enough information to the Singapore authorities investigating the fires.

APP has been opaque with information, despite the National Environment Agency’s 17-month investigation under the Transboundary Haze Pollution Act into the firms believed to be responsible for the haze, said a spokesman yesterday.

In September 2015, at the height of the worst haze episode to plague Singapore, the NEA served APP a legal notice under Section 10 of the Act, requesting information on four of its suppliers, as fires had been detected on their lands. APP has an office in Singapore.

“The information provided by APP to date has been limited and more information is still being sought from them for NEA’s investigations into these four companies,” said an NEA spokesman.

The Transboundary Haze Pollution Act, passed in Parliament in August 2014, targets those responsible for causing or condoning fires if burning results in unhealthy levels of haze here.

It was wielded for the first time in 2015, with the NEA serving legal notices to a total of six Indonesian companies under Section 9 of the Act, asking them to take immediate measures to stop the fires that caused the haze.

The other two were Bumi Sriwijaya Sentosa and Wachyuni Mandira. NEA said yesterday that both companies have responded to the notices, saying they were no longer associated with the affected lands before the fires occurred in 2015.

“Following NEA’s further investigation based on the information provided, NEA accepted these explanations and closed these two cases,” said the spokesman.

He declined to provide details of how the claims of both companies were verified.

He added that the four APP suppliers, however, have not responded to NEA’s letters despite repeated reminders.

The letters were sent under Section 9 of the Act, and had requested that the companies take immediate measures to stop the fires that caused the haze.

NEA said it will seek to interview the directors of these companies if they enter Singapore.

One of them had already been served with a notice to be interviewed by NEA when he was in Singapore. However, he failed to turn up for the interview.

The NEA has since obtained a court warrant, which means that if the director enters Singapore, he may be detained by NEA for investigations.

The move to issue the court warrant was first announced last May, prompting Indonesian Foreign Ministry official Arrmanatha Nasir to say then that his government was not in favour of the law.

APP declined to comment on NEA’s charge that it did not provide enough information.

Those found guilty under the Act can be fined up to $100,000 a day for causing unhealthy haze, defined as a 24-hour Pollutant Standards Index value of 101 or greater for 24 hours or more. The fine is capped at a total of $2 million.

Ms Zhang Wen of Singapore-based volunteer group People’s Movement to Stop Haze said she hopes both NEA and APP can provide more clarity. “We understand that the investigation is ongoing, but if investigation findings are made accessible, the public would have a clearer picture of whether the company is accountable for the haze,” she said.