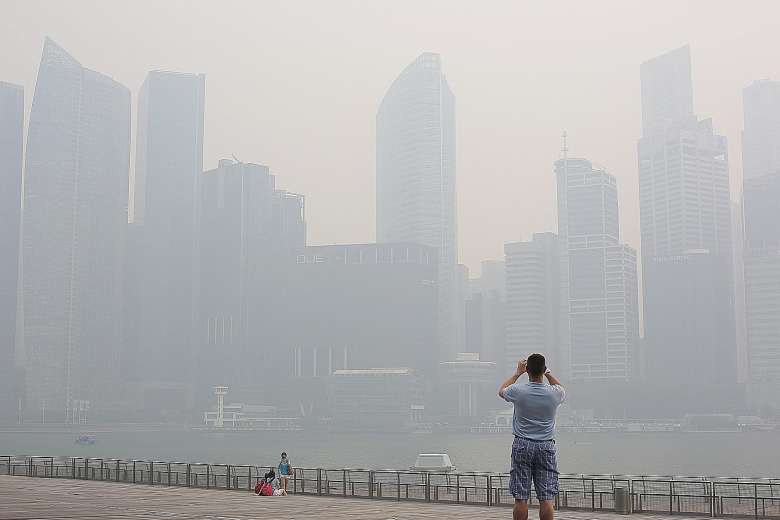 Haze shrouding the Singapore city skyline in June 2013. The results of the study give more urgency to solve the issue of transboundary haze, and the need to protect more vulnerable populations like the elderly at such times. When haze blows into the country, a strong burning smell is not the only thing Singaporeans should be concerned about.

First local study to link haze with mortality; men above 65 found most vulnerable

Poorer air quality is also linked to an increased risk of cardiac arrests occurring outside of hospitals, according to a nationwide study led by the Singapore General Hospital (SGH).

Comparing data for all reported cases of out-of-hospital cardiac arrests (OHCA) between 2010 and 2015 with air quality, researchers found that the short- to intermediate-term risk of OHCA increased by up to 30 per cent when the Pollutant Standards Index (PSI) level entered the unhealthy range of above 100. There were more than 8,500 such cardiac arrests in the period studied.