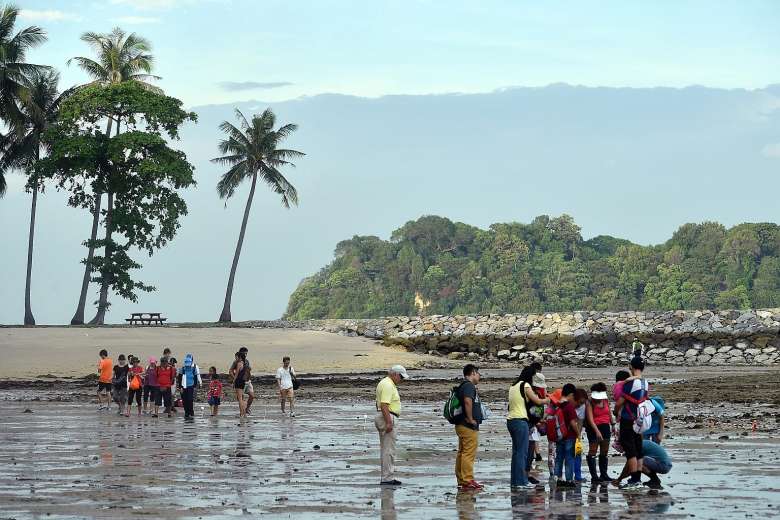 New laws will protect marine and foreshore areas around islands, including the reefs

Underwater life around the offshore Sisters’ Islands will now be better protected, after Parliament passed laws yesterday to designate the area as a public park.

This means it will be an offence to fish, collect corals or moor boats within the Sisters’ Islands Marine Park without the approval of the National Parks Board (NParks).

The terrestrial areas of the islands are already protected under the law, and the latest change makes clear that the marine and foreshore areas, too, are to be safeguarded. Senior Minister of State for National Development Desmond Lee said during the debate on the Parks and Trees (Amendment) Bill: “It is amazing our waters, which lie within some of the busiest commercial sea lanes in the world, are home to over a third of the world’s total coral species. So protecting the reefs at the Sisters’ Islands Marine Park is crucial to our coral conservation efforts.”

The marine park, Singapore’s first, is a 40-minute boat ride from Marina South Pier and about the size of 50 football fields. It comprises the two Sisters’ Islands, the surrounding reefs and the western reefs of nearby St John’s Island and Pulau Tekukor.

Mr Lee said NParks will make new rules specific to marine parks in due course, such as imposing restrictions on diving, and the movement of vessels.This will be done in consultation with the marine conservation community and other stakeholders, such as boat operators, he said.

The Bill received support from all nine MPs who spoke on it, with many welcoming the preservation of Singapore’s natural heritage.

Associate Professor Fatimah Lateef (Marine Parade GRC) and Non-Constituency MP Daniel Goh asked if there were plans for other marine parks. Mr Lee said his ministry would work with nature groups, and use science and technology to determine if other areas should be designated as marine parks.

He added that the Sisters’ Islands site was chosen based on the richness of species and habitats there, as well as its importance as a source of coral larvae. Scientists had found that the reefs there are the “mother reef” of sorts, and the waters around them are the likely source of Singapore’s coral diversity.

Another amendment to the Act makes it an offence for people to release animals into water bodies outside nature reserves, if there is cause to believe that the animals might end up in the reserves.

This is meant to prevent the introduction of non-native species, which can upset the balance of the natural ecosystem and harm native species. First-time offenders could be fined up to $50,000, jailed up to six months, or both. Previously, the law only restricted the release of animals in a nature reserve.

NParks officers will now have the power to enter private premises to check on the condition of trees and plants if there are public safety concerns.

The officers can also issue notices requiring private property owners to carry out pruning or engage an arborist to conduct detailed inspections, among other things.

Ms Lee wanted to know if NParks would intervene in neighbourly disputes arising from the shedding of leaves from trees.

In response, Mr Lee said NParks will refer such cases to community dispute-resolution channels, as it can take action only when the condition of a tree threatens public safety, or obstructs pedestrians’ use of footpaths or the view of road users.