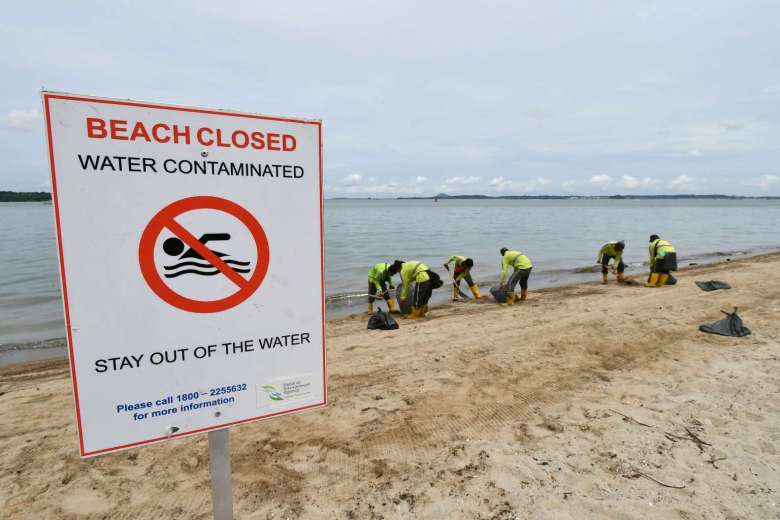 SINGAPORE – The sales suspensions on 12 coastal fish farms affected by an oil spill in January were fully lifted on Tuesday (March 14), the Agri-Food and Veterinary Authority (AVA) said in a statement on Wednesday (March 15).

The suspension had extended to the sales of fish, crustaceans and molluscs at the 12 farms along the East Johor Strait.

“Fish, crustaceans and molluscs available in our market are safe for consumption,” said AVA.

It regularly assessed the status of the oil spill – caused by a collision of two container vessels off Pasir Gudang port in Johor on Jan 5 – at the farms, taking samples for food safety tests.

These samples underwent a combination of sensory and chemical analyses to determine if the farmed aquaculture was safe for consumption.

The sensory analysis determined if the sample was tainted with petroleum, while the chemical analysis checked for contamination of Polycyclic Aromatic Hydrocarbons (PAHs) – a group of chemicals that can be found in crude or industry oil.

Mr Raymond Sng, owner of one of the affected farms, Tiberias Harvest Farm, said he had been “very concerned when AVA suspended fish sales”.

While he supported this as a safety measure, he said a prolonged interruption in supply would badly affect restaurant customers and online consumers.

He said AVA responded to farmers’ feedback and helped some farms, including his, resume sales sooner than expected.

AVA had earlier lifted sales suspension for some farms that had been cleaned up and whose fish samples passed its food safety tests.

Mr Sng thanked the agency for being responsive to farmers’ feedback and for providing guidance and materials for protection and cleaning up measures.