Katsuji Nakazawa is a Tokyo-based senior staff writer and editorial writer at Nikkei. He spent seven years in China as a correspondent and later as China bureau chief. He was the 2014 recipient of the Vaughn-Ueda International Journalist prize.

In the Hollywood movie “Battle of the Sexes” (2017), Emma Stone portrays the American tennis legend Billie Jean King threatening to boycott a major tennis tournament and protesting an 8-1 disparity in prize money between men and women.

It is based on a true story of King at the 1973 U.S. Open. An advocate for women’s rights, she also founded the Women’s Tennis Association.

Nearly half a century later, the WTA is now standing up to China, suspending tournaments on the mainland and in Hong Kong in protest of Beijing’s handling of tennis star Peng Shuai after she went public with sexual allegations.

Defending the rights and safety of female athletes forms the core of the WTA’s principles. The WTA is also pointing an accusing finger at China’s opaque political system, which lacks accountability. Tennis icon Billie Jean King arrives for a showing of “Battle of the Sexes” at the Toronto International Film Festival in 2017.

In early November, Peng, 35, posted a statement on Weibo, China’s Twitter-like social media platform, accusing former Chinese Vice Premier Zhang Gaoli of coercing her to have sexual relations with him.

Zhang, 75, is a former member of the Politburo Standing Committee, the Chinese Communist Party’s top decision-making body. Known in Chinese political circles as “the oil tycoon that doesn’t smile,” he is also known to be attentive and able to maintain good relations with all sides.

On camera, Zhang rarely changes his facial expression. Yet, he is known to break into a broad smile from time to time. 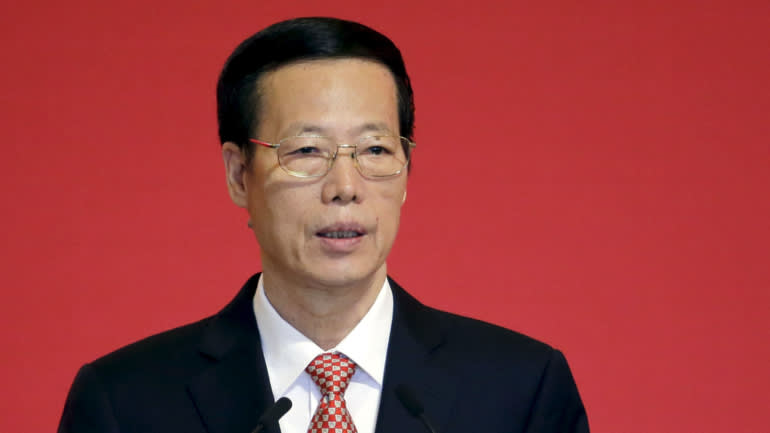 Zhang Gaoli has remained silent during the scandal, which is not unusual as former Chinese leaders make a habit of not appearing in public and not making remarks that inconvenience current leaders.   © Reuters

During his highflying days in the southern city of Shenzhen, he forged a close relationship with Hong Kong billionaire Li Ka-shing.

He is also said to have acted as a bridge between former Chinese President Jiang Zemin and the superrich.

“A woman who worked under Zhang Gaoli was one of Jiang Zemin’s favorites,” one source said. “Zhang was considerate, and he found favor with Jiang.” Chinese authorities cracked down on Zhou — and disclosed his relationships with multiple women — after he retired at the party’s 2012 national congress, despite the unwritten rule that makes former Politburo Standing Committee members untouchable.

Zhang Gaoli belongs to the same “oil faction” as Zhou. He inherited many of Zhou’s vested interests in the industry and was tapped as a next-generation Politburo Standing Committee member.

Given these circumstances, some might think that Peng’s allegation has left Zhang’s post-retirement life insecure. Not quite yet.

Political decisions to crack down on influential figures have usually been made by the party’s Central Committee. It would be highly unusual for the fate of a former Politburo Standing Committee member like Zhang to be affected by one individual’s accusation and pressure from overseas organizations.

Such a precedent could hurt the Central Committee’s authority. This is the Chinese Communist Party’s unique way of thinking. Xi Jinping, front, and Zhang Gaoli, left, at the Great Hall of the People in 2012 in Beijing. Zhang is said to have paid consideration to Xi’s father when the elder Xi was ailing.   © Getty Images

Another noteworthy point is Zhang’s relationship with the family of Xi Jinping.

Zhang became the top official of Shenzhen in the second half of the 1990s. During Zhang’s time in the special economic zone, Xi’s father, Xi Zhongxun, spent many years recuperating there. Xi’s mother and older sister were also living with the elder Xi.

According to local sources, Zhang is said to have always paid consideration to Xi’s ailing father and mother, who was managing the household while caring for her husband.

There is a growing view that Zhang might have expressed his sincere apology to Xi over this scandal. Xi may very well have strongly urged the retired Zhang to act cautiously. These exchanges will likely have been through third persons.

Meanwhile, from a purely domestic and political viewpoint, the Peng Shuai scandal is not necessarily a bad thing for Xi. It has given the leader a legitimate excuse to monitor the private life of current and former leaders and gather information. This will help Xi further concentrate power.

But how to actually handle the scandal is a difficult question. While Peng’s accusations of coerced sex needs to be verified, Zhang’s series of actions are highly likely to have violated the party’s discipline.

If Xi does nothing, the “zero tolerance” pledge he has repeated in his signature anti-corruption campaign will ring hollow.

Judging from past cases, the option of allowing Peng to move to, or in effect defect to, a foreign country remains. But this would also be difficult due to Zhang’s high rank and the fear that Peng might know state secrets.

It will also not be easy for Peng to participate in tournaments overseas. If she is given the opportunity to speak freely while abroad, she could reveal how Chinese authorities might have pressured her. This photo of Peng Shuai was posted to Twitter by editors of a Chinese Communist Party-affiliated news outlet.   © Kyodo

In mid-November, editors at a Chinese Communist Party-affiliated media outlet and a Chinese state-run broadcaster took to Twitter — which the Chinese people are prohibited from using — to send out images and videos of Peng going about her life in Beijing. It was a poor public-relations strategy that convinced no one.

Next, a move by Thomas Bach, the president of the International Olympic Committee, to hold a video call with Peng also backfired in that it further deepened suspicions about Peng’s current situation.

A video call under the surveillance of Chinese authorities hardly amounts to Peng being able to live freely.

The retired Zhang has remained silent. In China, as a rule, former leaders do not appear in public, let alone make remarks that inconvenience current leaders. They also have no opportunity to go overseas.

The WTA’s argument is clear. It seeks a “full, fair and transparent investigation” into the allegations against Zhang. But this would conflict with China’s unique logic that the party, with Xi at the summit, makes the decisions.

The WTA argues that the human rights of Peng, a tennis player, and Zhang, a party elder who was one of the seven Politburo Standing Committee members, are equal.

Tennis icon King, now 78, commended the WTA’s decision to suspend tournaments in China and Hong Kong, saying, “The WTA has chosen to be on the right side of history in defending the rights of our players.”

On Monday, the U.S. administration of President Joe Biden announced a diplomatic boycott of the Beijing Winter Olympics. Australia on Wednesday joined the boycott, and the move is expected to spread further, posing a headache to China’s leadership led by Xi.

China’s poor handling of Peng Shuai’s allegations is a major reason for this development.