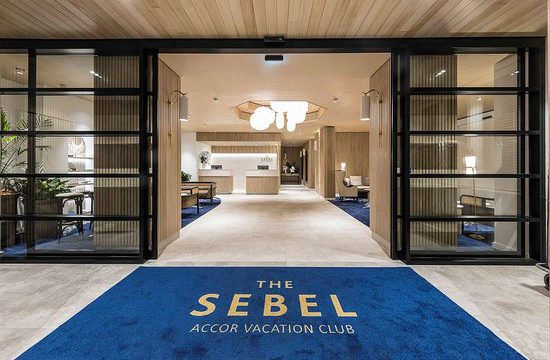 Over the last few weeks, our investigations team has been inundated with ever-increasing enquiries regarding a timeshare organisation known as Accor Vacation Club Asia, part of the Accor hotel chain, owned by Accor SA.

It is not unusual for a tsunami of enquiries to come crashing into our news or investigations desk every year as these companies send out recycling annual fees, even if their member client doesn’t vacation. The timeshare company demands money for not going on vacation. Yes, you heard it correctly. While member vacationers that should feel privileged over non-member vacationers, members actually have to pay to not take a vacation. To compound this, there is little to no contract protection, independent restriction or public scrutiny on how fast a maintenance fee can increase. One Asian timeshare company we investigated last year was demanding ever-increasing maintenance fees which rose in cost at the rate of 4000 per cent above inflation!

Now it’s the turn of Accor to protect what has been nicknamed by an ex timeshare staff we spoke to as “the executives pension fund”!

Regarding Accor, we notice there is no independent public record or audit available on where Accor spends the money is demands from the pockets of members, without care if the member has taken a vacation or not. We found this alarming considering the company is demanding a total we estimate as much as 60 million AUD every year, and the company is, Listed. We cannot be accurate on this figure as we go to press as there is very little transparency by Accor regarding how it spends its members fees.

One member we shall call, “Vivienne” was in her opinion, “pressured” into a $19,000 dollar purchase and then was “forced” to pay almost $600 dollars a year not to vacation. But not because she had no desire but because (quote), “after seven or eight attempts to book in the last ten years it is impossible to book what you want”. The Australian Consumer Group, ‘CHOICE’ investigated Accor and its system of bookings and claimed it to be, “Confusing with no clear idea of the value of any vacation”.

ABC News attempted to protect the public from Accor’s seemingly money first nature and warned the public of real life reports discovered by the news channel, which included Australia’s financial Ombudsmen to find Accor vacation Club, “misleading and failing to give due consideration” when people enquire about their fees and bills with the Club.

Is it no wonder that resale companies are favoured by Accor club members?  We have been asked by a growing number of Accor members to investigate a company in the United Kingdom (with an Indonesian partner) named ATS, which claim they are, “Asian Timeshare Specialists”. In this business the old saying of, “no news is good news” is prominent. Indeed there are no complaints about this company to date that we have discovered. Operating in the United Kingdom for resales, we are aware that all timeshare resale companies must be able to prove they have a, ‘proven track record of resales’ under the appropriate section of the UK regulators rules called, “Resale Activities”.

Painful news for Accor vacation club we see, whom are sending emailed literature to their members discouraging resales in the strongest terms. Well of course they would, looking at the value of their, something for nothing fund. One document we were provided by a concerned member from Accor stated, second hand resales would not be approved by Accor.

This is in complete contradiction to Accor’s training of sales staff where the fact that a member can sell second hand is one of benefits in the sales pitch . One staff member suggested to, “try and sell on Gumtree”. Again, enforcing the low level training that second hand resales are a technical possibility.  So while the grass roots company line by Accor staff to the public is, you can resell your timeshare. Which the contract does not prevent from happening. This is in complete contrast to the executive level of the company where its money comes first and even legitimate resale companies are allegedly libelled by Accor in what can only be taken as protecting its primary interest in collecting tens of millions of dollars every year rather than providing the life changing vacations that’s promised by sales staff to its members.

We will investigate this further. Meantime, we invite any Accor member to email investigation at Your Voice Asia. Both with Accor and selected resale companies and let all our readers know the results of our findings. Watch this space.