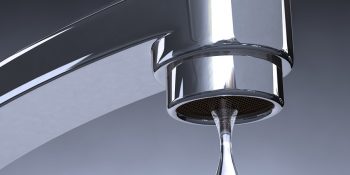 SINGAPORE: A device that lets you know how much water you are using while taking a shower will be installed in 10,000 new homes over the next few years, Singapore’s national water agency, PUB said on Thursday (Apr 27).

The agency has put out a call for proposals to supply these smart shower devices, under a pilot project called the Smart Shower Programme to be launched in the first quarter of next year.

Citing a study conducted with the National University of Singapore from July 2015 to March 2016, PUB said households can save about 5L of water a person a day when provided with real-time information on water usage during showers. This could help households save about 3 per cent of their monthly water bill, PUB added.

The Request-for-Proposal, which will be launched on Apr 28 and will close at the end of May, aims to leverage economies of scale to mass-produce the devices, PUB said.

The agency also said it hopes to tap on ideas from the industry to improve the features of existing smart shower devices available in the market. This includes alternative ways of providing real-time feedback on water consumption during showers, and allowing users to download the data to their smartphones, tablets and laptops so they can monitor their progress in reducing water usage.

“Showering typically comprises 29 per cent of a household’s monthly water consumption. There is great potential to achieve substantial savings if we can change the user’s behaviour during his/her shower time,” said PUB’s Director of Water Supply (Network) Michael Toh.

“Water is a precious resource, and everyone is encouraged to make water conservation a way of life. By making users more aware of their water usage in their daily activities, we hope to encourage people to adopt good water-saving habits and use water wisely, reducing their water bill,” he added.
Read more at http://www.channelnewsasia.com/news/singapore/10-000-homes-to-get-smart-shower-devices-for-real-time-8796250