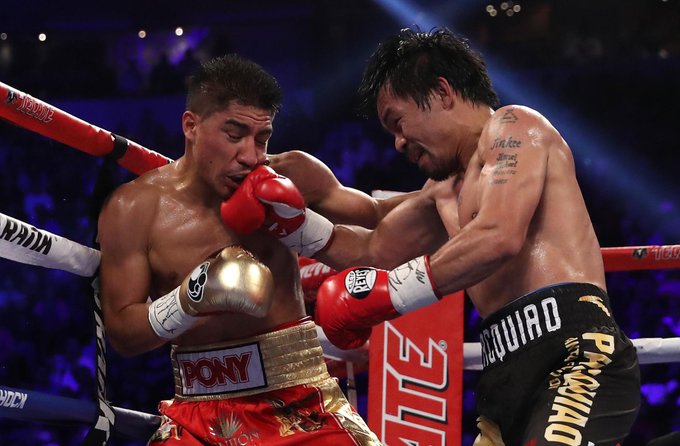 He defeated the younger WBO champ Jessie Vargas on points as per a round by round account by Telegraph.

After being dubbed as the only boxer to win world titles in eight divisions, Manny ‘Pacman’ Pacquiao earlier expressed his desire to write history by becoming the first senator to be world boxing champion. And he did it!

The 37-year-old Pacman knocked Vargas down in the second round en route to a decisive victory at the Thomas & Mack Center arena; wherein all three judges scored the bout in the Filipino boxer’s favor — two scoring it 118-109 and the third having Pacquiao winning 114-113.Pacquiao was so determined to hit his goal to bring pride to the country and said he will not waste the opportunity especially as honor and history are at stake.

Pacquiao’s boxing career started in 1995 with a record of 59 wins and six losses, including 38 by knockouts.

Despite his age, he had stressed earlier: “I will continue to keep fighting as long as I love boxing, and boxing still loves me. I do not feel old. I feel like I am still 27.”